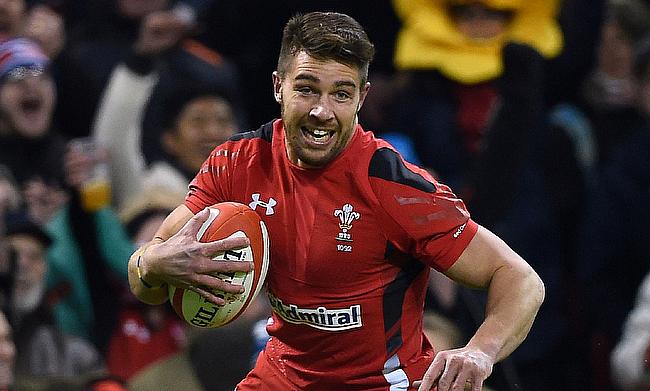 Rhys Webb is hopeful of resuming his international career with Wales despite his move to French club Toulon which makes him ineligible for national selection.

It was in October last year, the 29-year-old confirmed that he will end his 10-year association with Ospreys to make a move to Top 14 club Toulon but the current selection policy of the Welsh Rugby Union that comes into effect from this month only allows players with 60 or more Tests plying their trade overseas to be considered to play for Wales .

Webb's career has been curtailed by series of injuries which meant he was played for Wales just 31 times and despite a jolt in his hope to play for the side again, the scrum-half insisted that he will give his best performance for Toulon in the ongoing season to remind the selectors about his ability.

"If I'm playing for Toulon I want to be the best player I can be to put me in the window for international honours," Webb told BBC Wales' Scrum V programme.

"I haven't given up hope on my country... it's a dream to represent my country again.

"I'm just going to give 100% to Toulon... I just want to play the best rugby I can play here, be the best number nine in the world - so hopefully people will start talking about me and find it hard not to pick this Rhys Webb.

"When you play club rugby, you want to be the best you can be to gain international honours, but you can't think too much about that. You can't think about Wales.

"As rugby players, playing for your country is the world. It's a dream come true to represent your country.

"But for now it's about Toulon and I want to continue winning trophies with this club."

Earlier, Warren Gatland was able to pick four Wales players from overseas for the national selection but the new rule has been devised as an initiative to encourage players from the country to remain within the province and is unlikely to have any change in near future according to WRU group chief executive Martyn Phillips.

"It's pretty tough on Rhys because he's a player we think a lot of, he's a tremendous player," Phillips told BBC Sport Wales.

"The policy we believe is working and... hopefully when we go into the autumn everybody has got clarity, so players and coaches know where they stand.

"If we leave the door even slightly open for people, sometimes we think we give them false hope... our position is we're absolutely going to stick with the policy."