Reiss Cullen: “Bristol was my first choice and I immediately said yes” 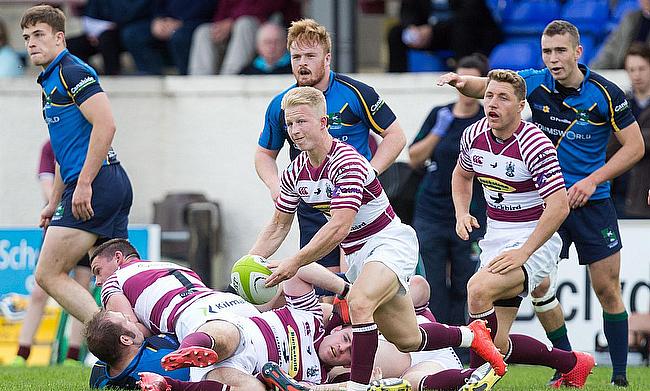 Sam Bedlow: “Moving to Bristol is something I needed to do in order to reach my ambition”
Bristol make three more additions to squad for next season
Bristol relegated from Aviva Premiership after 21-36 defeat to Wasps
Pat Lam commits his future to Bristol

Life was good for Reiss Cullen up in Scotland. He was arguably the star man for his club side and Cullen was juggling a promising rugby career with personal training until TSMC, his new agency, opened a door for him.

"We created a highlights reel and picked out the best moments from last season”, says Cullen. “TSMC started talking to clubs and coaches about me, as well as sending my CV and video out to professional teams in the UK, Bristol being one of them. Pat Lam then came back to us and I made my decision pretty much straight away."

A life down south now awaits Cullen and judging by the tone of his voice when we speak over the phone, he seems excited. One of the brightest sparks in National League rugby in Scotland wasn't even in contact with the sport when he began school life, but he certainly turned a few heads north of the border.

The 21 year-old was the star of the show on his final appearance for Watsonians in May as he ran in two tries to clinch the Myerside men the Jed-Forest Sevens title, having appeared in every game of their domestic campaign in the BT Premiership. His performance two months ago seems typical of Cullen in his short career and it was the perfect way for him to leave a club which is now very close to his heart.

"The step-up to the Premiership was great for the club and for me as it just helped me improve my game at a higher level," Cullen says. “I really enjoy my Sevens so to finish winning it is obviously a good feeling and a great way to end my time at the club."

Dropping everything you know and leaving your comfort zone is tough for anyone, but for the 21-year old, it was a decision which he knew he had to take. “Bristol were the first club to get back to me,” Cullen says. “I immediately said yes because it is a really good club and I am of course keen to work with the current squad, new signings and Pat Lam too.”

It is easy to see why Cullen warmed to a 600-mile trip to Bristol ahead of any other offers he had on the table. The Ashton Gate club were relegated from the Premiership last season, but have had a complete reshuffle over the last few months. Appointing Pat Lam as Head Coach seems to be the most notable change and his presence arguably offers huge pulling power to any player who is thinking about a move to the southwest.

Lam, who guided Connact to the Pro 12 title in 2015, has already made his mark on the team by bringing in 18 new players including Cullen. “I already feel comfortable here and everyone is really friendly,” says Cullen who began pre-season with the side last week. I think the way the club has brought players in this summer does show the ambition Bristol has to return to the Premiership.“

In truth, Bristol have to target the Championship title this season due to the amount of new faces at the club. A Bristol revolution seems to be emerging and Cullen is quite rightly focused on being part of their journey back to the top flight despite harbouring international ambitions with Scotland.

Having taken part in athletics and footballto begin with, rugby only became a big part of his life when he joined Biggar High School and Biggar RFC. Cullen spent six years in Biggar where he also represented Edinburgh and Glasgow U16s before studying Rugby Performance. “I did that at Edinburgh so I also moved to an Edinburgh side which was Wastonians and that is where I have spent the last three years.”

During that time, Cullen had been in an out of the Scotland U20s set-up and has also been part of Scotland 10s and Scotland Sevens. “I was with the Scotland U20s but I am just slightly too old for that now, but I have been in and around the Sevens squad so I do very much have international ambitions in the future, he adds. “The experience I have had has been really good and that sort of helps going back into a very professional environment like Bristol because the intensity and tough training is there.”

For now, all eyes and ambitions for Cullen are on the 3rd September when Bristol begin their Championship campaign against newly promoted Hartpury College. Cullen may well have ‘made it’ to a club who has recently featured in the Premiership, but he is fully aware that this is the time for him to kick on and see what he can do. “My aims are to just play as many minutes as I can and to get as much time at scrum-half as possible and I am keen to learn from the more experienced players and coaches around me.”