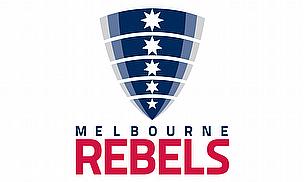 The Melbourne Rebels have announced that Mission Australia have become the Official Membership and Charity Partner for the 2014 season. Since the Rebels' inception, the two organisations have worked together actively integrating our community values, and as a match day charity of the Club.

For the fourth year, Mission Australia and the Melbourne Rebels are teaming up to support disengaged Victorian youth. However, in season 2014 that partnership takes on a more significant standpoint, with every Rebel Member given the option of adding a $10 tax deductible donation to Mission Australia when they sign up as Registered Rebels.

"A program such as ours benefits hugely from this relationship," Christoforou explained. "I know that the Rebels have targeted a record 10,000 Members for next season, and if each of those Members donated $10 we could provide a pathway opportunity for another five young people; Rebels' Members would be helping us an extraordinary amount."

Melbourne Rebels 2014 Memberships renewals began on October 15, and new Head Coach, Tony McGahan says both he and the squad are really looking forward to sharing the season with our Members, and with Mission Australia.

"It's wonderful that we have been able to team up with Mission Australia in such a strong way. With closely aligned community goals, our players are able to step in as good role models for Victorian youth. I believe it is paramount that our squad are heavily involved in Mission Australia programs, and we will ensure that takes place, helping whenever we can.

"2014 is going to be a really important year for our Members. The Club is now in the hands of the Victorian Rugby Community, and we are targeting 10,000 Members for the first time.

"This partnership provides our Members with a fantastic opportunity to look out for the others within their community, and together we can help young people get back on their own two feet."

During the season the team will be supporting Mission Australia's programs as part of the Rebels' 5 Star Engagement Program, which sees every player aligned with a local Club, school and charity and dedicating a large number of hours to helping those less fortunate than themselves.

"We are excited about teaming up with the Melbourne Rebels again for the fourth year. As the exclusive Membership Partner for the 2014 season, we're looking forward to working with the Club and the fans to make a difference in young Victorian's lives," said Mission Australia CEO, Toby Hall.

"Together, Mission Australia and the Melbourne Rebels will help young people get back on their own two feet. By standing together we can make a bigger difference in 2014 - that is the power of our partnership."