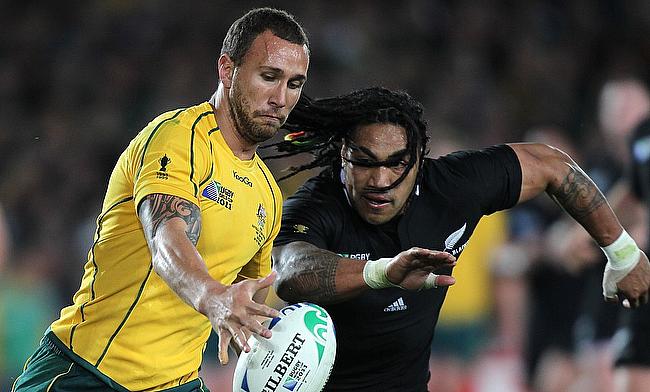 Australia head coach Dave Rennie has named Quade Cooper in the starting line up for the third round of the Rugby Championship clash against South Africa to be played at Cbus Super Stadium on Sunday.

Cooper has played 70 Tests for the Wallabies but his last appearance came back in June 2017. The absence of James O'Connor saw Rennie prefer Noah Lolesio, who is now out of the matchday squad.

“We’re thrilled for Quade that he’s earned another opportunity to pull on the gold jersey for his country,” said Wallabies coach Dave Rennie.

“He’s had a really positive impact since joining the group, put pressure on us as selectors and he’s excited to get out there and perform on Sunday night.”

The other changes sees Izack Rodda returning at second row to join Matt Philip at the expense of Darcy Swain while Angus Bell on his first start for the year will be part of the front row that also has Allan Alaalatoa and Folau Fainga’a.

The game will also see skipper Michael Hooper equaling George Gregan’s record for most Tests as Wallabies captain when he leads the team for the 59th time.

"The match is also a huge occasion for our leader Michael Hooper. He’s been in phenomenal form and to equal George Gregan’s record as the most Tests as captain of Australia is a testament to his leadership and resilience," Rennie added.

“We also can’t overlook Allan and Reece who will bring up 50 Tests for their country, another outstanding achievement for two ultimate professionals who leave it all on the field every time they wear the jersey.”