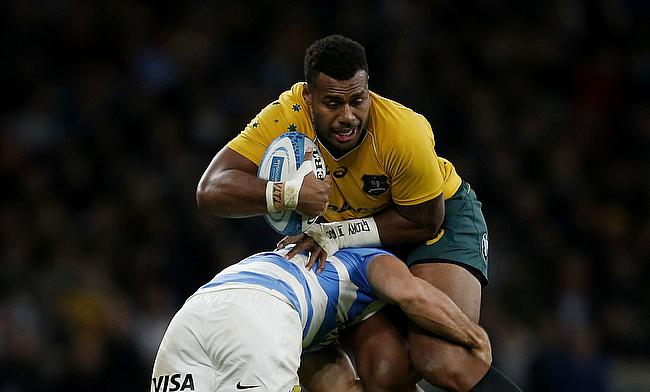 Samu Kerevi returns at inside centre for Australia
©PA

Australia head coach Dave Rennie has recalled Samu Kerevi to the starting line-up for the second round of the Rugby Championship to be played in Perth on Sunday.

This will be the first international appearance for Kerevi since the 2019 World Cup having moved to Japan and will take the place of Hunter Paisami at inside centre and Len Ikitau comes at outside.

Noah Lolesio continues to be at the fly-half with Reece Hodge on the bench while Quade Cooper misses out on the selection.Tate McDermott continues to remain at scrum-half while there has been no change in the back and second row from the last time they played New Zealand at Eden Park.

The final change sees Folau Fainga’a donning the number two jersey with Brandon Paenga-Amosa dropping out of the matchday squad.

“It’s great to be able to call on the experience of Samu and Izack this weekend with Hunter and Lukhan leaving the group to be with their partners in what’s a really exciting time of their lives,” said Rennie.

“Both Samu and Izack have worked really hard since joining the group, been positive additions and have earned their opportunity to pull on the gold jersey on Sunday afternoon at Optus Stadium.

“The past three weeks in Perth have given us a chance to train hard on the field, refresh off it and connect with the local community.

“We are excited about the chance to be back on home soil and put in a performance that all of our supporters can be proud of.”

Meanwhile, Izack Rodda has been named on the bench that also has Lachlan Lonergan, Angus Bell, Pete Samu, Nic White and Jordan Petaia.