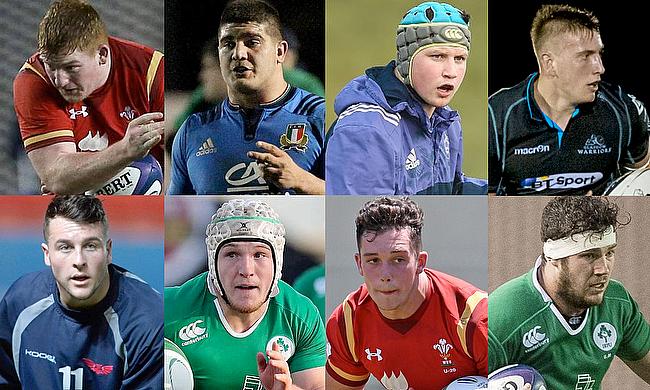 Following on from our look at U20 players in the Premiership capable of breaking out this season, we now turn our attentions to the recently expanded Guinness PRO14.

The inclusion of the Cheetahs and Kings from South Africa has stoked the fire of interest in the league this season and added a whole new base of players to look at in 2017/18.

From the reigning champion Scarlets to the new boys from Port Elizabeth, there are a host of talented youngsters eager to impress and we cast our eye over some of the more prominent candidates here.

There is very little doubt that Carre is the long-term successor to Gethin Jenkins in Cardiff but in terms of a comparison to a senior player, there are significant shades of Mako Vunipola about the young loosehead.

Carre demonstrated at U20 level last season that not only is he is a physical force and powerful scrummager, but also that he has deceptive speed and a comfort with the ball in hand that is still rare among tight five forwards.

He is still just 19 years of age and there is no need to rush players into the seniors, particularly in the front row, but he is physically ready to mix it with the veterans of the PRO14 and Europe and that will be as good an examination of his technique as any.

We have bent the rules slightly here, as although Riccioni is still 19, he is not U20 eligible for the coming season, but based on the structure in Italy, it is rare for a player to be in the position to get PRO14 playing time at this stage in their career and he is certainly worth highlighting.

Having captained the Italian U20 side for the last two years, Riccioni is clearly on the fast-track to bigger and better things in Italy and just as Carre can be Jenkins’ successor, there is no reason why Riccioni cannot do likewise for the recently retired Martin Castrogiovanni.

The Italian is as formidable a scrummager as the Azzurri have had come through their system since the advent of U20 rugby and though not as dangerous in the loose as Carre, he makes up for that with his set-piece impact, leadership and impressive conditioning.

Another slight rule bend here, with Wycherley in the same boat as Riccioni, as a current 19-year-old who will not be eligible for U20 rugby this coming season.

The provinces are oft cautious in their approach to blooding youngsters – partly due to the depth of their senior squads – so there is always a bit of an asterisk next to the Irish youngsters in regard to the prospects of their senior playing opportunities, but in Wycherley Munster have a player who is ready if called upon.

He is still a bit undersized for the attritional work of a modern second row, but with Donnacha Ryan departing for Paris in the offseason, it’s a position where Munster may find themselves stretched this season. If so, giving Wycherley his first tastes of senior rugby will do no harm to his long-term prospects.

New head coach Dave Rennie has done a good job strengthening the Glasgow squad and ensuring that they can still field a very competitive side during and around the Test windows, which on the surface doesn’t bode well for Fagerson’s prospects.

That said, the young back rower pushed for games early in the campaign last season and with another year of experience and seasoning under his belt, his claim on playing time should be even better.

Just like his older brother Zander, Matt is a very polished player for his age and is versatile enough that he can make an impact at any position in the back row, as well as adopting any role Glasgow need him to within the loose forward trio.

Leigh Halfpenny may be the back three player that Scarlets fans are talking about right now, but Conbeer is a fast-rising prospect and all four of the regions have shown a willingness to not only blood players young, but also give them significant roles and responsibilities within the sides.

Conbeer dazzled us all with some spectacular finishes during the U20 Six Nations and World Rugby U20 Championship and just like Keelan Giles has done at the Ospreys, this attacking ability should translate well to the senior game.

Scarlets head coach Wayne Pivac is believed to be a big admirer of Conbeer’s ability and it would not be surprising to see him hand the young wing a few opportunities early in the season and if Conbeer can make the most of them, don’t expect him to relinquish his spot in the XV.

If any of the provinces have shown a willingness to trust U20s in recent seasons, it’s Ulster.

The Belfast side have reaped the benefits of blooding Jacob Stockdale and Rob Lyttle at a young age and with uncertainty hanging over the status of first-choice fly-half Paddy Jackson, Curtis is a player who could shuffle up the pecking order and feature.

He took to international U20 rugby well last season, showing plenty of attacking fluency and vision. When on the front foot, he has the ability to make the game look very simple and has good decision-making skills. A prominent role as a 19-year-old is unlikely, but he could provide impact off the bench and begin his senior schooling this season.

Everyone is eager to see how the Dragons play under new coach Bernard Jackman and there is an excitement for the Grenoble-esque tempo he may bring, especially after a particularly awful pitch stymied much of what the Dragons wanted to do with ball-in-hand last season.

A first-choice back three may well feature Hallam Amos, Ashton Hewitt and Zane Kirchner, but the cupboard is not overly stocked beyond that and chances could well come the way of Goodchild, as well as his Wales U20 teammate Jarred Rosser.

Goodchild has the size that coaches like in modern wings, helping him deal with the kicking game, both defensively and offensively. He is quick, has a nice eye for support lines and the soft hands to link play.

Leinster are pretty stacked with No 8s but Doris singled himself out as something special last season.

He follows in the footsteps of Jack Conan and Max Deegan as the next heir apparent to Jamie Heaslip and the battle between the three of them for the jersey once Heaslip retires will be something to watch. As for right now, Conan has his role on the team and Doris will join Deegan in a contest to feature as and when opportunities arise.

Again, it is worth stressing that Irish U20 players are mentioned here more in hope than expectation of playing time, due to the strengths of the senior sides, but if Doris’ chances are limited to U20 provincial clashes and the British and Irish Cup, he is the kind of player to make attending those matches worthwhile.