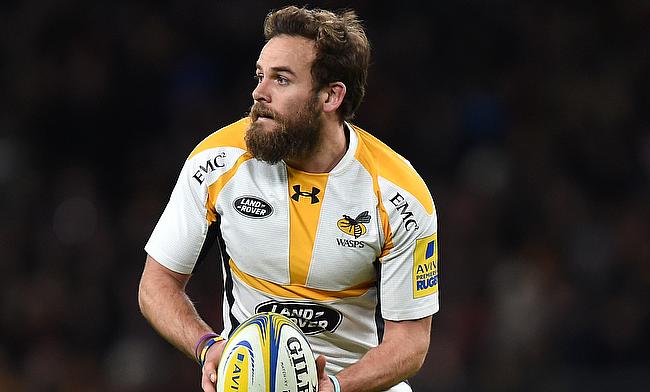 Ruaridh Jackson has played for Wasps and Harlequins since 2014
©PA

Harlequins have confirmed the departure of fly-half Ruaridh Jackson from the Aviva Premiership club with immediate effect.

The 29-year-old, who joined Quins in 2016 has returned back to Glasgow Warriors on what will be his second stint with the Scotland regional side after previously featuring for them between 2008 and 2014 during which he racked up over 100 appearances and scored 443 points.

The Scotland international also represented Wasps between 2014 and 2016 before he made a move to Twickenham Stoop. Overall, he has scored 78 points for Harlequins in 19 matches.

Harlequins rugby director John Kingston is confident that Jackson's move to Glasgow will help him in shaping his international career with Scotland.

“The approach from Scotland and Glasgow Warriors was a golden opportunity for Ruaridh to further his international career following the recent summer tour.

“He goes with our best wishes and I would like to thank him, on behalf of all at Harlequins, for his services provided during his time at the Club.”

Meanwhile, Jackson, who has won 31 caps with the Dark Blues is looking forward to be part of the Pro 14 season.

“I have had a great experience playing in the Aviva Premiership for the last few years with two great clubs in Harlequins and Wasps.

“My thanks go to everyone at Harlequins, I’m leaving with some great memories and friends; I wish them all the best for the coming season.

“The move back to Glasgow is a great chance for me to head back to play in a revamped Pro14 league. It is a step into both the known, and the unknown but I’m really excited for the challenge ahead.”