Pro14 game between Edinburgh and Glasgow to have limited spectators 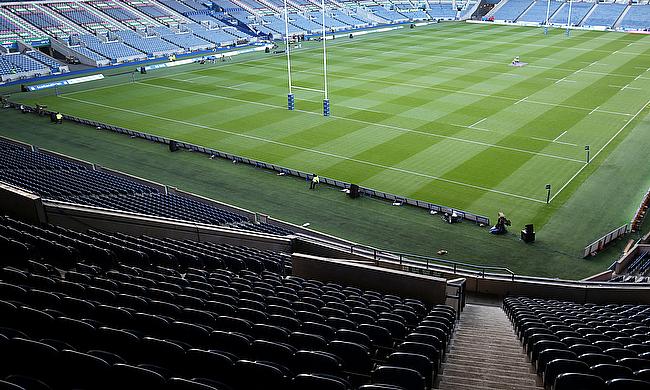 Murrayfield Stadium will host the game next Friday
©PA

Daughter has been “silver lining” for Dean - now he wants PRO14 silverware
Jamie Roberts tests positive for Covid-19 ahead of Pro14 restart
TRU Talks: Nick Williams on his career, retirement and the Pro14

The Pro14 game between Glasgow Warriors and Edinburgh to be played at Murrayfield Stadium next Friday will see a limited number of spectators.

This will also be the first time fans will witness a rugby game in UK since the lockdown was imposed following the outbreak of Covid-19.

Murrayfield Stadium that has a capacity of 67,000 will see about 1000 fans present in the ground after First Minister Nicola Sturgeon confirmed that the grounds can host limited fans as a part of trials with the government planning to reopen the ground for the spectators with social distancing and other guidelines.

"We are pleased our work with the Scottish Government will ensure that players, support staff and fans will be covered by a comprehensive event plan for everyone's safety including physical distancing requirements," said Scottish Rugby Union's chief operating officer Dominic McKay.

"Scottish Rugby would like to thank Government ministers and officials who have helped us make this happen, and our own colleagues who pulled together a robust operational plan for the match.

"We hope that our experience and learnings from a live spectator event next Friday can help all of Scottish sport, and the wider events industry restart."

A statement released by the Scottish Rugby Union welcomed the government's move.

"We welcome the Scottish government update, which marks another step on the return to football," read the statement.

"Today's announcement has been anticipated; we will now work with the government & sportscotland to finalise updated guidance, to be announced tomorrow and to take effect from Monday."