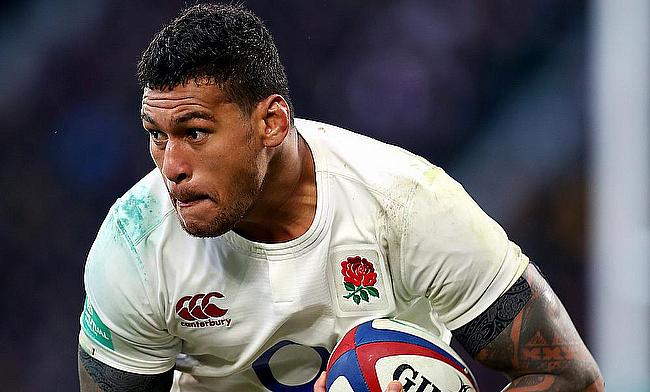 Nathan Hughes is set to return for Bristol Bears
©PA

Last Friday night, Bristol Bears' Challenge Cup semi-final against Bordeaux went down to the wire. Only winning in extra time, Pat Lam’s players had to dig deep to gain their place in their first European final.

Their celebrations were short, though, and with another vital domestic game now upon them, the Bears have once again turned their attentions to securing their place in the top four of the Gallagher Premiership.

Competing alongside Bath, Sale Sharks and Wasps, Bristol's first hurdle comes in the form of Leicester. The Tigers, too, were on Challenge Cup duty, losing out to Toulon on Saturday evening.

Lam has had to make a number of adjustments to his side and he has rested his stars after their exploits in Europe. In all, there are 10 changes to the Bristol starting line-up with the likes of Nathan Hughes, Steve Luatua and Kyle Sinckler remaining involved.

“We had a pretty comprehensive review,” Lam said, when asked about the turnaround from the Challenge Cup to the Premiership. I appreciate that the boys got the team to the final. I appreciate that Bordeaux is an excellent side and that it was a big effort, but I certainly wasn’t satisfied by some of the performance, so we had a pretty strong and thorough review.

“The fact that we almost blew that game, we needed to address it and, more importantly, take the learnings from that into the next game against Leicester and these next four, five days to get us into these play-offs.”

With two matches to go and a game in hand on Sale, Wasps and Bath, bonus point wins against both Leicester and London Irish, as well as a slip from their play-off rivals, would see Bristol reach knockout rugby in domestic competition.

The form of both Leicester and Irish suggests that wins are forthcoming meaning the likelihood of bonus points is also looking positive for the Bears. Having watched on as Bath beat Gloucester last week before witnessing victories for both Wasps on Monday and Sale last night, it means that the Bristolians have to be on top of their game for the next five days to give their aspirations any hope of fruition.

“I think it is fantastic what we have done to even be here,” Lam said. “That’s something we talk about with the boys. This is where we wanted to be, to play this sort of rugby, play games which have a lot riding on them every year, every season. There’s us, Sale, looks like Wasps and Bath. It looks like it is going right down to the wire.

“It is great for the competition, as I said from right from the very beginning to two rounds to go. It is a massive effort for us to achieve our initial goals. We try to push now. A lot is going to happen over these next five days and we just hope, come Sunday afternoon, that we have done enough to get ourselves into a semi-final.”

Their first opponents are Leicester, a felled giant of English club rugby. Tigers have made a number of changes, with George Ford and the Youngs brothers missing from the side entirely.

Geordan Murphy, Steve Borthwick and their staff have once more brought in a raft of youngsters for experience in the first XV and it will give them another glimpse at what the future of the club could look like. Having not fared overly well in the Premiership since its return and only advancing into the Challenge Cup semi-final last weekend due to Castres having too many cases of Covid-19 in their squad, Lam is still wary of the challenge Leicester pose.

“There is a lot of respect in the sense of who Leicester are and what they are doing,” Lam said. “But any team that is maybe struggling is always a dangerous team and as we put the focus back on ourselves; if we make the errors or the discipline or are complacent, overconfident, all of those things bring teams down.

“Our whole focus is about making sure that we train well. We have prepared well; we get our detail well and we play as a team. The whole preparation has been about that and that is what sport is about. There is no given. You have got to earn the right and that is probably what the focus has been for these two games.

“While we can look at the other teams, and hope that other teams do us a favour, they could do that, but we might not get our output done. That’s what we have to do; make sure we have earned the right to be in that top four.”