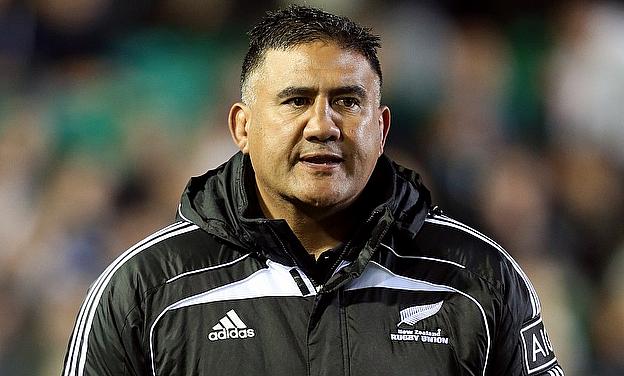 Jamie Joseph's Highlanders edged past the Hurricanes on Friday
©PA

Hayden Parker kicked all his side's points as the Highlanders earned a hard-fought 18-16 win over the Hurricanes to keep themselves well in the Super 15 play-off hunt.

Hurricanes half-back TJ Perenara, who scored in the first half, thought he had won the match for his side with his second try four minutes from time when he stretched out to score. But replacement hooker Ash Dixon was ruled to have obstructed the Highlanders defender by TMO Aaron Paterson and the try was not given.

It was a moment of relief for the Highlanders, who have hung on for successive victories for the second week in a row.

Aside from the loss, Hurricanes coach Mark Hammett will also have concerns about fly-half Beauden Barrett, who appeared to injure himself making a clearing kick in the 17th minute. The New Zealand number 10 remained on the field until the 62nd minute, but he did not look comfortable and handed over goal-kicking duties to Andre Taylor.

Parker, who was starting again in place of the injured Lima Sopoaga, showed nerves of steel to land five penalties - one a huge kick from 50 metres out - and what turned out to be the match-winning drop goal.

Defence reigned throughout a closely fought contest. It took until two minutes before half-time before the only try of the game was scored.

Even then it was the result of dogged determination rather than all-out attacking panache. Perenara harried opposite Aaron Smith at the base of a Highlanders scrum near their own five-metre line. The All Black half-back lost the ball and Perenara tidied up to score with Taylor added the extras.

Up until that point, Barrett and Parker had traded penalty kicks as neither side could breach the bruising defence.

The Highlanders came very close in the 14th minute when they mounted a sustained attack on the Hurricanes line. But TMO Paterson judged Ma'afu Fia had been stopped just short of the line.

There had been just flashes on attack from both sides, with Julian Savea's the most notable. He made a great run down the left wing after being put into space by Conrad Smith in the 29th minute but he was hauled down in a try-saving tackle by Malakai Fekitoa. Jeff Toomaga-Allen and Tim Bateman also made some strong carries but all to no avail.

With no way through the Hurricanes defence, the Highlanders kept themselves in the game with the trusty boot of Parker, who nailed a third penalty on the stroke of half-time to leave his side just 13-9 down.

Parker and Taylor swapped penalties early in the second half as the arm-wrestle continued to leave the Hurricanes just one point ahead.

Then in the 64th minute Parker snapped over a drop goal to get the Highlanders back in front.

Taylor had the chance to put the Hurricanes in front again with a straightforward 72nd-minute penalty but he hooked it. It was his second miss of the half and that, coupled with Dixon's obstruction at the end, was enough to give the Highlanders the all-important win.