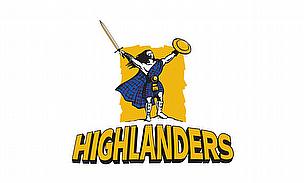 The Highlanders commitment and sharp execution helped them claim a massive victory over the Crusaders on Saturday.

The visitors had been on the wrong end of a 44-13 hammering when the sides met five weeks ago, but it was a different story in Nelson as the host rested many of their front-line players including Sonny Bill Williams, Kieran Read and Richie McCaw and were still without  stand-off Daniel Carter due to injury.

The opening score of the game came after 15 minutes, a superb break from just outside the Crusaders 22, by full-back Israel Dagg was finished off by winger Zac Guildford who touched down in the corner, with Berquist adding the extras to make it 10-3.

But the Highlanders were once again quick to respond, a scrum inside the hosts 22, allowed the back-row to link up and flanker John Hardie flicked a brilliant pass over the defender to winger Siale Piutau who dived into the corner, Brown hit the post with the conversion and the scores stayed 10-8. Berquist then extended the Crusaders lead with a drop-goal after 23 minutes and made the score 13-8.

The Highlanders were competing fiercely at the breakdown and were starting to get a foothold in the game and scrum-half Aaron Smith drew in the defence down the Crusaders blind-side and sent winger James Paterson racing down the line, a quick in and out step was enough to send him round the floundering Dagg and in for a well worked try. This time Brown's conversion attempt was successful and the Highlanders had the lead for the first time 13-15, with 10 minutes left of the first half.

The Crusaders were stunned and were unable to get any front foot ball and were missing the leadership of Read and the direct running lines of Sonny Bill Williams. Whereas the Highlanders were playing with a lot of intensity and keeping their mistakes down to a minimum.

The second half started the way the first ended with the Highlanders on top, and it took just one minute for the visitor's third try to arrive. A lovely break by Aaron Smith allowed him to feed the ball to full-back Robbie Robinson who was tackled just 10 metres from the line, they recycled the ball quickly and a perfectly weighted cross-kick from Brown fell to Paterson who claimed his second score of the game.  Brown was again unlucky with the conversion which hit the post, the score now 13-20.

The Crusaders had a chance to respond with a penalty but Berquist sent it wide, and then on the 50 minute mark, Robinson denied Guildford his second try of the game with a crunching tackle in the corner. The hosts were starting to get some good field position and sent on Sonny Bill Williams to try and change the game. After 58 minutes they got the try they desperately needed, a lose pass by Highlanders skipper Jamie Mackintosh was scooped up by centre Adam Whitelock who raced to the line unopposed, but the missed conversion kept the visitors in front by two.

Highlanders number eight, Nasi Manu was carrying the ball with real ferocity and constantly got his team over the gain-line, and two penalties from Brown inside three minutes extended their lead to 18-26. The Crusaders were getting into the red zone but uncharacteristic mistakes mean the  Highlanders defence could hold on. The performance was summed by replacement Sean Maitland who broke through the line but only had a prop on his shoulder and another chance went begging.

The game finished 18-26 to the Highlanders, whose determination in defence and commitment to throwing numbers into the breakdown really disrupted the Crusaders and earned them a well deserved victory.