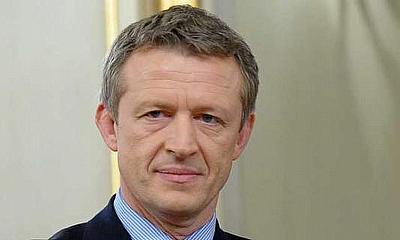 Octavian Morariu is confident of sevens format having a bright future.
©Rugby Europe

President of Rugby Europe Octavian Morariu believes the Sevens Rugby is gaining a lot of popularity and the inclusion of the sport in the Olympics will only help it grow wider.

It will be for the first time in 92 years, rugby has made an entry at the Olympics while it will be the first time the sevens format will make a debut in the grand event.

The tournament will have both men's and women's competition, which will be played between 6th August and 11th August with a total of 12 teams participating in each.

Rugby Europe has played their part in promoting the sevens format and the recently concluded Rugby Europe Sevens Grand Prix Series has attracted a lot of interest as well.

Morariu, who is also a member of IOC said the board has actively played a huge role in helping the sport gain recognition.

“Sevens is an important gateway to the sport that has changed a huge amount in the last ten years. It is a big focus of Rugby Europe at the moment. The increasing popularity of the sevens game will get more people playing and helps the development of the 15-a-side game, as well as sevens itself, " said Morariu.

“Rugby Europe has had, and continues to have, a major role in developing sevens in Europe. Our role in developing European sevens is very important as we have done a huge amount of work for a number of years to increase both the numbers of nations playing sevens regularly and the quality of that sevens rugby.”

With seven-a-side making a debut in the Olympics, Morariu believes the number of games that will be played in the next year will double. He also lauded Spain for their qualification in the Rio Olympics after their dramatic victory against Samoa in the final.

“The Olympics represents a huge opportunity for rugby. Governments are investing in sevens because it is an Olympic sport. Schools will invest in the game and get more children playing. Poland and Romania are already bringing sevens rugby into schools. That is exactly what we want, to get rugby played in schools all around Europe, whether that is sevens, fifteen-a-side or both.

He said: “Spain’s qualification is a huge testament to the quality of Spanish rugby and the work that we have been doing for years. There will be no better tool to raise the profile of Spanish rugby than going to the Olympics and it will lay some great foundations.”

Despite the success and increasing popularity, Morariu also highlighted the possible challenges that will come in the way during the promotion of the sevens format.

“The challenge for sevens is to get more and more nations playing at a high level, but it is difficult to manage club level sevens. That is why it is important to address the game at an international level, getting as many countries as possible playing regularly.”

“Europe is the continent with a proper Sevens Grand Prix series, and I think the strength in depth has been seen in the Olympic qualification. We would like to add more legs to the Rugby Europe Sevens Grand Prix Series, ideally taking up to five tournaments in the near future. We will need to work with World Rugby on this to develop the calendar and fit in more sevens.”