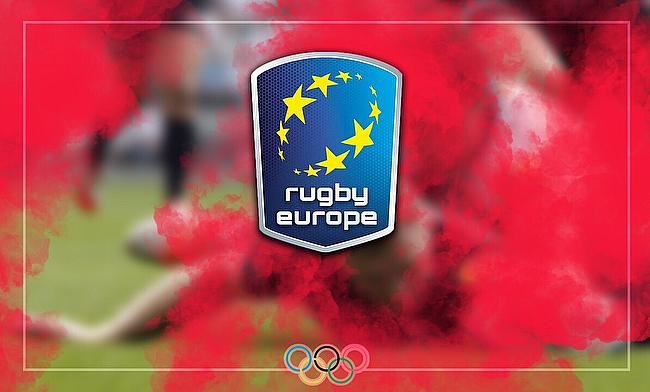 Great Britain will have a men’s side at next year’s Olympic Games in Japan as England won their qualifier in France over the weekend.

Our man Joe Harvey was in Colomiers…

France against Georgia was the first game of the day. The French had a large home crowd behind them from minute one. They overcame a stern Georgian test with tries from Pierre Lakafia, Sacha Valleau, Terry Bouhraoua and Jean Pascal Barraque.

Finishing 28-0, the score line doesn’t represent Georgia too well, but it was a great performance by the French and set them up well for the rest of the day.

The second game turned out the day’s biggest shock. Spain were at the Olympics in Rio and it seems that we won’t be graced with their presence next year. The Spaniards lost to a physical Portugal side that overpowered their near neighbours. Antonio Monteiro opened the scoring for Portugal and scored a second later on in the game. Both were converted and a solitary Spanish try was all that could be mustered. After a 14-5 win, Portugal had a shot at the final.

It was England who graced the field next, coming up against an Italy side that hadn’t yet dominated an opponent. England’s Harry Glover opened the scoring, before Tom Mitchell completed his last act of the day as he damaged his hamstring in the process of scoring a try. Will Edwards took on kicking duties from there on in. Ben Harris then got in on the act and before you knew it, the game was over and England had a 35-0 win under their belt.

In the last quarter-final we got to see Ireland take on Germany. With Ireland being the new kids on the block on the World Series, expectation was upon them. Quickfire tries from Harry McNulty and Jordan Conroy got Ireland ahead and from that point onwards, the Irish didn’t look like losing. Terry Kennedy got the final score of the match and Ireland won 21-0.

The first semi saw the host nation, France, take on the very impressive Ireland. Ireland took the lead early on, but later in the half an individual effort from French skipper Barraque drew things level. Not too long after French sevens royalty, Terry Bouharou, took his country into the lead. After half-time, France could not maintain their dominance. Ireland’s Ian Fitzpatrick levelled the scores with six minutes still on the clock, but it wasn’t meant to be for the men in green. Bouharou scored yet again and France were through to the final thanks to a 19-12 win.

France are 19-12 winners in the @rugby_europe Olympic Qualifier Semi-Final.

Ireland must win the 3rd place play-off against Portugal at 4.46pm to keep their Olympic hopes alive.

In the second semi-final England played a Portugal side that had won over the crowd. Dan Norton scored the first try after some good work from Harry Glover on the left wing. Not too long after, both Will Muir and Mike Ellery added scores to the England effort. Charlton Kerr and Ben Harris would conclude England’s scoring, with a Portuguese penalty try and a lung-busting effort padding out the score line, confirming the final many had been anticipating. France vs England.

Hungary unfortunately couldn’t improve on their first day performances and finished 12th overall following losses to Russia and the Ukraine. Russia ended the weekend in a respectable 9th position, whilst the Ukraine ended up in 11th. A plucky Lithuania team finished 10th overall, losing out on a 9th placed finished with thanks to a Russian Golden try.

Knocked out in the quarter-finals, Georgia were beaten by Italy, giving the Italians a 7th place overall finish and the Georgians 8th. Germany were soundly beaten by a clearly hurt Spanish team, who felt that they should have progressed further.

Beaten semi-finalists Ireland and Portugal had one hell of a game to end their weekend. Portugal went ahead early on in the match and had the lead nearly until half-time. Jordan Conroy equalised the scores, but captain fantastic Billy Dardis couldn’t convert meaning it was honours even at the break.

After half-time, Ireland made the game their own, with Harry McNulty getting two tries in succession, just after Jack Kelly had brought Ireland in front. It finished 26-10 and confirmed that Ireland would be competing for a place at the Olympics in the repechage tournament next summer.

The importance of this final could not be underestimated. A place at the Olympic games was at stake. No pressure.

Within two minutes of the game beginning, Dan Norton ghosted through the French defence to dot down unopposed. No looking back from here. Norton was at it again a minute later, targeting the arms of French defenders to reach the whitewash once more.

France had a brief moment of resurgence thanks to Jean Pascal Barraque who followed the line of Jonathan Laugel superbly and benefitted from his teammates offload.

The French crowd’s jubilation was silenced following the kick-off. About to score another try, the ball was loose and Norton completed his hat-trick. Will Edwards continued his good kicking as well, filling in for the stricken Tom Mitchell.

From there, England just frustrated France as they stopped them at any given opportunity. The crowd that started the day so positively was starting to turn. Ollie Lindsay-Hague added another try to England’s 31-7 win, with the final three points courtesy of a Will Edwards penalty.

France, like Ireland, will get another opportunity to get to the Tokyo Games in the repechage tournament.