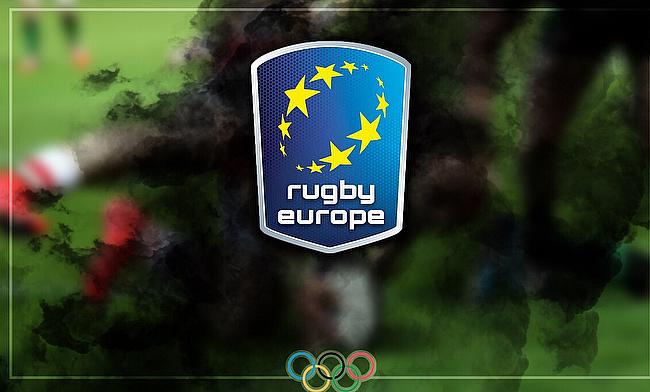 Brazil Women qualify to 2020 Olympics in Tokyo
USA 7s are leading the way, but Olympics still number one target
Rugby Africa launches first round of qualifications for the men's Olympics

Joe Harvey provides a roundup of the Men 7s Olympic Qualifier that was played in Colomiers.

England opened up their account in Colomiers in fine form. Not conceding a point, it was clear that Simon Amor’s side meant business after they stepped over the whitewash. Richard de Carpentier, Ollie Lindsay-Hague, Tom Mitchell, Phil Burgess and Dan Norton all scored tries in what was a libely game from the English.

Germany’s performance was just what you would expect from the nation. Efficient. Scoring early through Manasah Sita, Ben Ellermann and Bastian Himmer would follow suit in that half. Fabian Heimpel was consistent too, converting each of his teammates scores. The second half started much the same. A dazzling score from Nikolas Koch allowed him to cross the whitewash for the first time this weekend, but the try was unconverted. Georgia then scored through Nikoloz Gigauri, with Beka Tskiklauri converting. Germany finished the game on top though with a Bastian Himmer try that Phil Szczesny converted.

The new side on the World Series showed exactly what they are about in this game. Like England Ireland did not allow any scores from their opposition, Jordan Conroy enjoyed a good first game, scoring two tries, as well as setting one up. Dardis converted several of his sides scores, but also bagged a try for himself in the process.

In recent weeks, Talking Rugby Union had heard from two Spanish teams about rugby in the country and today the nation was nothing short of class. Playing extremely quickly in the heat, Alonso Munoz opened the scoring. That try was swiftly followed by one from Joan Losada Girfa, a tap and go effort from Pablo Fontes de Castro and one by Francisco de Paula Hernandez Jimenez. Hernandez Jimenez was the playmaker for his side and converted all the previous scores, including his own to give his team a commanding lead. He would miss one though, the try from Tobias Sainz-Trapaga proving too far wide.

Ten came the most competitive game of the first round. Portugal were possibly the biggest surprise. Not dimiuative figures like originally expected, there were several giants in their side. One of which being Aderito Esteves who bulldozed his way over, making it too difficult to convert. It was a game of chess at times, with the smaller Italians having to overcome the brute force of Italy, eventually doing so late in the second half.

There were a few more octaves in the Stade Michel Bendichou for this game. The French were clearly focussed for this game, much like the English, Irish and Spanish, not allowing any points from the opposition. Paulin Riva, Remi Siega and Jean Pascal Barraque all scored tries that were converted. In the second half France remained dominant. Jonathan Laugel scored for the French, but Hungary and Sale FCs Matt Bradley was in hot pursuit. The game finished with two quickfire Terry Bouhraoua scores. Hungary did not look crestfallen though. Just ready for the next challenge.

This was not England’s finest performance it must be said. Although winning the game convincingly, they were behind seven pints to nil at the break, an Ivane Khelia try being converted. Dan Norton started the fightback, using searing pace to break the English scoring drought. A double from Charlton Kerr followed shortly after, as well as a Harry Glover try.

Germany’s second performance was nowhere near as good as their first. Scoring first through Manasah Sita, the Lithuanians got a great foothold into the game, a dazzling try from Matas Miezys put his nation in contention. Lithuania would not lead at half-time though after a second German try. They would be even early in the second half, Vytaras Bloskys went under the posts allowing for a simple conversion. Phil Szczesney then scored twice in succession to give his side a commanding lead. Lithuania would score again, but it would not be enough.

Ireland seemed to be the only ‘big’ side not to switch off between games in round two. Jordan Conroy scored four in this game to put himself high on the leading try scorers list. Billy Dardis enjoyed another masterful game as the side’s playmaker. Jack Kelly began to become more effective in this game, scoring two tries, whilst Harry McNulty quietly helped to pull the strings with precision.

By this time, the Ukraine had become the public’s favourite underdogs. However, Spain weren’t going to let that get in their way. Pol Pla Vegue had a quite frankly astonishing game in red, scoring four tries and running the Ukraine riot throughout. Of course there was some help from his teammates. A massive Ukrainian scrum led to them opening their account for the competition, Vadim Sivak being the scorer of the try. A 60 meter try from Manuel Sainz-Trapaga may have been the score of the day and set Spain on the peripheries of knock out rugby.

Another impressive game from the Portuguese. Scoring tries through Duarte Moreira, Pedro Silverio and Antonio Monteiro it seemed that Richie Williams’ Hungary had been bettered again. Showing promising signs, Hungary just lacked that cutting edge. Making big collisions and showing a clear understanding of the game and how to play, it simply wasn’t meant to be. Nearly scoring at the death, Hungary had to watch as one of their opposition ran the length of the field to score against them.
France 34–10 Italy

France definitely weren’t as switched on for this game. Similarly to England, they simply weren’t as competitive as the game before. Stephen Parez-Edo scored his first try of the weekend, with Siega and Riva’s tries following shortly after. Tries from Barraque, Pierre Mignot and Paul Bonnefored rounded off the French scoring allowing Giovanni D’Onofrio and Alessio Gianluca Guardino to add some respect to the scoreline.

Georgia got themselves into the play-offs thanks to this victory. A dominant display from start to finish, Georgia simply could not be stopped by Lithuania. The highlight of this game was undoubtedly when the Georgians scored straight from the kick-off, Adam Zaruba-esqe. It is extremely positive for the nation that is now established in the 15-a-side game, but still emerging in sevens.

Dan Norton and Tom Mitchell had converted tries in the first half. The Englishmen had waited all day to play possibly their biggest game of the opening day and were certainly more switched on than when they played Georgia earlier. Phil Szczesney pranced through the English defence early in the half, but his converted score would be the only points that Germany would score in this game. England would finish the game with a late flurry of scores, with Ben Harris and Will Edwards amongst the scorers.

?? SEVENS | England men top Pool C at their Olympic qualifier with a 33-7 victory over Germany and advance through to the Cup quarters.

Russia had been playing teams above their level all afternoon, so it was good to finally see them play a team lower ranked than them, to see what they could do. Led by the king of Fiji, Waisale Serevi, the Russians ran in scores from all over the field. Unfortunately it was not enough to get into the quarter-finals tomorrow, but the Russians will be playing Hungary.

It could be argued that Ireland took the foot off the gas a bit with this one. Knowing that they had qualified for the next day in impressive form, the side still played some good rugby, but weren’t as hell for leather as their previous two encounters. Span were seemingly in a similar position. Not wanting to risk any of their star players. Spain did have a commanding 17-0 lead at half-time, but somehow let it slip to an Ireland side that must have had a talking to at half-time.

It's 17-17 final score in Colomiers as Ireland and Spain tie in the final game of Pool B.

Ireland will go through to tomorrow's Quarter-Finals, opponents TBC.

Italy were on the edge of an Olympic qualification spot before this game and their 34-0 win over Hungary guaranteed them a spot. This is the first time that Hungary have played at such a high level, and against sides on the World Series, so it could be fair to suggest that the team was just tired. It was a hot, hot day in Colomiers. But will probably be hotter tomorrow.
France 10-5 Portugal

Not so long ago it was suggested that Ireland and Spain took their foot off the pedal a bit. This game took that to a whole other level. France were somewhat complacent and didn’t really take the game massively seriously. Portugal used this to their advantage and could have taken a very large scalp if they were just a bit luckier.

What this means for tomorrow