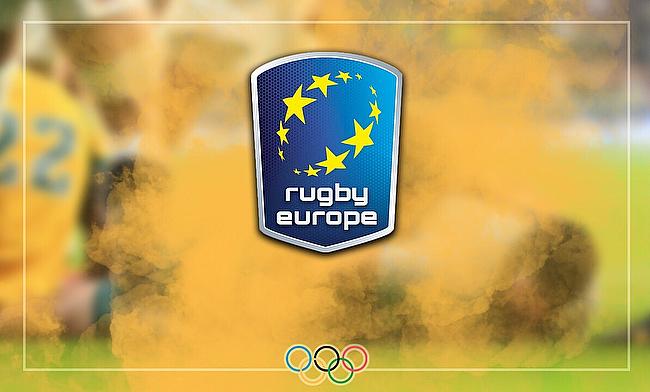 Simon Amor could be found sat in the shade. It had been a long week in Toulouse for England, culminating in their victory and Amor was clearly overwhelmed by the performances his team, as well as England’s women in Kazan, had put together.

“I’m just so proud,” Amor said. “The challenges that we have faced this year, the number of injuries, the changes to the women’s programme as well.

We’ve planned really well to compete in these European competitions, made some really tough calls, particularly with the men’s team when we’ve not been able to field our strongest team on the World Series which is really tough for our fans and our wonderful supporters.

“We’ve had injuries, but to get everyone in the best place possible for the most important tournament, I’m so proud of the staff and everyone that has got it right when it was most needed.”

Basked in early evening sunlight, England dismantled the home favourites France. Mainstay in the England Sevens side Dan Norton got himself a hat-trick of tries in the process, proving beyond doubt that the 31-year-old still has plenty of gas in the tank.

Norton approached Amor whilst the interview was taking place, the pair grinned at each other before embracing. Having scored more tries than anyone on the World Series, Norton was nothing short of world-class with Amor sighting the former Bristol man as the difference in the final.

There was even a chance that he wouldn’t play this weekend. Expecting his second child any day, there was a possibility that Norton would have had to jet home early to be with his growing family. As Amor said at the time;: “Some things are more important than rugby.”

Decimated by injuries throughout the season, the England side has seen an influx of young talent. The likes of Charlton Kerr and Ben Harris featured prominently in France over the weekend, much to the delight of their head coach.

“If you’d have said that Jamie Barden, Ben Harris and Charlton Kerr were the guys that were ripping up for us this weekend, even three months ago, I think no one would have believed it,” an enthused Amor said. “But, that’s what happens when doors open because of injuries to senior guys. You’ve got to step up. They were brilliant this weekend. They embraced every bit of it. They loved it. They played so well.”

England men have defeated France 31-7 in the final of their Olympic Qualifier to secure GB Sevens' place at the #Tokyo2020 Games. #Olympics

Despite England’s disappointing finish to the World Series season, Amor is confident that his players have learnt from all of their experiences this season and is a big reason as to why they won the tournament over the weekend.

“The way sevens goes, they’ve learnt all year long,” Amor said. “This year has been ups and downs for us - quite a few downs if we’re being honest and not enough ups. A lot of that is because of the challenge of the injuries we’ve had and this weekend we had some challenges with injuries.

“So, the guys resilience and humility and their understanding of getting it right or wrong, learning and just going with it has been brilliant. You could see them not getting flustered when things wouldn’t quite stick an they carried that self-belief right the way through.”

Harry Glover would have been 20-years-old during the last Olympics and three years on, the England man has contributed positively for his country at any given opportunity. Having just concluded his studies at Newcastle University, the back has featured for his university, but has represented England when possible.

Talking just outside the England locker room, Glover’s right arm is clutched to his abdomen, holding in place his bright orange boots. In the final against France, Glover had dislocated his shoulder, but not deterred, he put it back in place and made the next collision before leaving the field. Despite being in some pain, Glover was positive about England’s end to the season.

“After the disappointment of not getting the top four in the World Series, it’s kind of all been gearing up to this. It has been brutal with the injuries this year and Moscow was a nice time to get everyone together and get everyone playing. Today was putting together a plan and executing it. It was perfect.”

After learning that Glover was leaving university and graduating this Tuesday as well, it seemed more than prudent to see how the flyer found pairing university and high performance rugby: “Both uni and England have been really accommodating. They’ve flown me out to tournaments whenever they could. It’s been an amazing experience.”

England had beaten France decisively on their home patch and we managed to grab a word with one of the stars of the Les Bleus side.

At the age of just 26, Jonathan Laugel has been a mainstay in the French Sevens team for nearly seven years. A key player for the French, Laugel was part of the France side that went to the 2016 Olympic Games in Rio de Janeiro. Speaking perfect English, the Paris native says that despite being in the repechage, the French objective remains the same.

“Obviously, our goal was to win that men’s qualifier tournament, but it doesn’t change anything for our goal of next year - to get a gold medal at the Olympic Games at Tokyo 2020. So, that tournament in June is just a step towards that final goal.”

Finishing in a respectable eighth position on the World Series, Laugel believes that the French can maintain the momentum they gathered at the end of last season through into the next one.

“I think that all the teams can’t really wait to play next season,” Laugel said. “The first part of the previous season was not really good, but right after Las Vegas, we totally turned up and got that second place in Vancouver and after that tournament we played well.

“It was better tournament after tournament and I really can’t wait to play in the new season, which will be the best one of our lives, if we get that qualification in June and then the gold medal. I’ve been lucky to have played at the previous Olympic Games and that was really awesome.

“Because, when you start the Games and you know that you have the chance to play for a medal, that’s just something incredible. As I say to the guys; that’s really precious and you will always have that on your mind if we qualify and if we have a medal in Tokyo.”