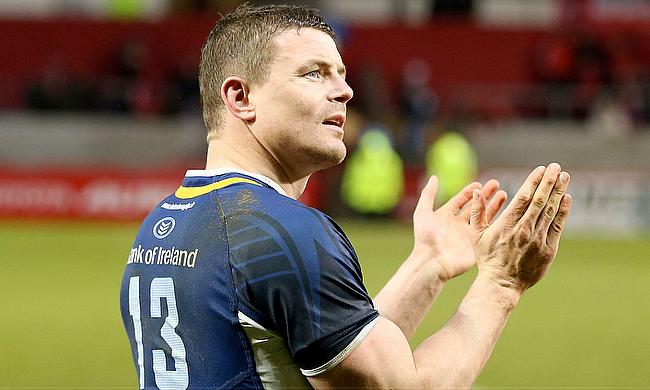 Former Lions and Ireland captain, Brian O’Driscoll, has hailed the addition of two South African teams to what was becoming a ‘stale’ Guinness Pro12.

The Cheetahs and the Southern Kings were recently announced as two new teams in the now expanded Guinness Pro14.

The competition has also taken on a conference format with the league split into two groups of seven.

“I think it is a good move,” said BT Sport pundit O’Driscoll.

“I think the competition needed freshening up. It had gotten a small bit stale in recent years so the introduction of those South African teams and a new conference system will add an awful lot.

“Certainly it will create a new interest for the first year and on top of that you have to make sure the brand is good to watch so it’s exciting times for the Pro14.

“They definitely needed something different and I think they’ve got that and the fact they’ve managed to do it with immediate effect is really good business and hopefully the inclusion of those South African teams will be successful.”

Newcomers the Cheetahs will begin their maiden campaign on Friday 1st September as Ulster host them at the Kingspan Stadium.

The Southern Kings will travel to Wales to play champions Scarlets the next evening in what should be an intriguing matchup.

Former Leinster player O’Driscoll believes the South African teams will bring a huge physicality with them but isn’t sure how it’s going to pan out come the end of the season.

“That’s what South African rugby is,” he added.

“It’s brute force but its high skill level as well, you know they play on hard tracks down there, down in Bloemfontein –  it’s a difficult place to go and play.

“They are a hostile crowd so it will be great for the experience of the Pro14 teams to go down there and play. They will add another dimension to a competition that needed an injection of some sort.

“I can’t say I’ve seen a huge amount of Super Rugby in recent years so I don’t know much about those teams and players so I’ll be watching with interest in the early games to see how they adapt to new surroundings for them.

“Many of those players won’t have played up in the UK and Ireland, so it’s all new for the European teams but it’s very much new for the South African teams as well.

“It should be captivating viewing and I think we’ll know an awful lot more after the first couple of months of the competition.”