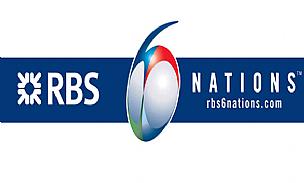 It was another exciting weekend of Six Nations rugby and the teams who could adapt best to conditions would be the teams that grabbed the glory, and where conditions managed to split the winners from the losers the round itself failed to shed any more light on the 2013 champions, setting up an epic battle on Saturday at the Millenium stadium in Cardiff.

It all began at Murrayfield with Scotland welcoming Wales to Edinburgh, and for the first 60 minutes only fine margins separated the teams on the scoreboard. Alarm bells began ringing for the Scottish pack early on when they failed to have any real response to the Welsh scrum. Throughout the game the Scottish back 3 worked incredibly well together making it hard for Wales to really gain from the kicking game, and Wales missed the opportunity to pull ahead with Halfpenny missing 3 penalties and failing to punish Scotland for their indiscipline. Halfpenny corrected the radar however when it came to converting Hibbard's try that came initially from a great break by George North followed by good Welsh carrying, with Hibbard finally crashing over the line.

Scotland suffered a major setback when man-mountain Richie Gray was carried from the field. With no Gray the Scottish lineout looked unstable. Kellock's certainly the experienced player you'd want on the bench but most teams would struggle to be able to replace Gray with an equally gifted sub, and it's needless to say that at full fitness Gatland would be a fool not to be handing out the red Lions jersey to him.

Sam Warburton also began to get his claim to being on the plane with the Lions underway again, putting in excellent hits, holding his weight in the rucks and getting turnover ball. Tipuric had an excellent impact from the bench and of course, Mr. Consistant Leigh Halfpenny, although missing 3 penalties, had another great all-round game. In the final 20 minutes Wales finally pulled 10 points clear and deserved their win, although both teams were guilty of cheaply handing back ball, which in the end contributed to a new record of 18 penalties being awarded. It wasn't the game you'd use to get people into watching the Six Nations and Scotland will need to urgently go back to drawing board to work out how to enjoy more possession and utilise their talent. How good could Hogg be if he simply saw more of the ball? As for Wales they will no doubt know they need to up their game if they plan on holding onto their title next week since they never displayed any attacking flair or creativity and will need to do more than execute the basics when they welcome England to Cardiff.

But if Wales felt they had a hard time of it grinding out the win in Edinburgh, then it's probably hard to imagine the kind of weekend Philippe Saint-Andre had when France met Ireland in Dublin and failed only to secure a draw “ the second consecutive draw between these two sides. It seems the rugby is still unable to separate these two in what proved to be an incredibly fustrating 80 minutes for both.

A game of two halves, Ireland led 13-3 at half time and looked set to pile on the pressure regarding Saint-Andre's position, but a lapse in concentration and frankly, a deterioration in the quality of rugby Ireland played, allowed France to come back and possibly cost O'Driscoll a final win at home should he decide to call it a day this summer. France had mistified us before they'd even taken to the pitch, selecting Michalak at 10 rather than quite frankly at this point, much superior and more reliable tens in Trinh-Duc and Parra.

Possession in the first half was an even split, and french indscipilne simply stopped them applying any pressure on the Irish. Both Conor Murray and Paddy Jackson had an excellent 80 unlike the rest of their team who seemed to think the half time whistle was the end. Murray's kicking game put France under pressure rooting out space to play into, while Paddy Jackson appeared to grow into the 10 jersey more and more as the minutes ran on.

If in the 1st half Ireland played a simple and composed game then they played the exact opposite in the second half. Not to be unfair to France they were never spectacular, relying on players like Picamoles to produce something that would gain them some points, but Ireland got scrappy and impatient. When France finally realised they might need to attack, the homeside were caught out by a certain Picamoles on a french rescue mission with a tap-and- go to burrow over the Irish line, with Michalak adding the 2 points to equalise and spare Saint-Andre some embarrassment. Ireland played the 1st half with great intent but the pack failed to re-energize after half time, allowing French subs to make a bigger impact. Credit to France they eventually began to target Irish strength, removing the lineout from the game meant they secured more possession, but Ireland should be dissapointed “ that was a game that they should've won and worryingly for Saint-Andre, France had no answer in the first 40. Of all the predictions for this year's championship, very few would've seen France battling to keep the wooden spoon at bay.

If there's one thing England fans will take away from Sunday's game, it's the belief that after a close encounter with Italy complacency won't be an issue for the England players. England failed to score a try in the last game of the round, and by only scoring 18 points it means Wales will only need to win by 8 in Cardiff to retain their title.

England in the opening 10 minutes looked to be an attacking threat, committing numbers to the breakdown and securing quick ball, but after Flood kicked the first penalty of the game the attacking creativity ran dry. England had no momentum and were incredibly flat, further held back by Italy who defended well out wide. England were guilty of moving the ball out to the channels too quickly and failed to execute the basics well enough, which with such a good Italian defence meant they never gained any real momentum.

Captain Fantastic Sergio Parisse had another excellent game, running great lines and producing stunning offloads, and the Italian scramble was also very good. However most of England's opportunities were butchered by themselves. They failed to display any composure “ a pass from Goode simply went to ground and let points slip by because Flood wasn't expecting the it meaning the ball went too deep, killing off English momentum. In previous games England have had 3 players helping to clear out the ruck to gain quick ball, but they didn't commit the numbers allowing Italy time to reorganise their defence.

The Twickenham crowd didn't have a lot to shout about, but England had given them very little; there was no Tuilagi running with speed into the channel and England never seemed to have any sustained fluidity. The Italian try all came from a poor England kick which they then failed to compete for. Goode was out of position and couldn't get across the defence, while Brown pulled forward creating space for the kick to allow Italy over for the try.

Thankfully England have great reliability in the 10 shirt meaning Flood could punish any indiscipline, but if England try to rely on Wales making mistakes rather than crossing the whitewash they won't be winning any silverware this weekend. With dangerous players such as Halfpenny lining up against England in Cardiff, Lancaster should continue with both Goode at 15 and Brown at 11 giving England more cover against a strong Welsh kicking game while the English forwards are set to have their most pivotal game yet “ the Welsh scrum is becoming increasingly dominant as the weeks go on.

So the penultimate weekend of Six Nations rugby wasn't exactly a try fest, but it has made the final fixture for England and Wales very interesting indeed. Wales are capable of winning by 8 points but equally, if England play like they did in their final autumn test against the All Blacks the Six Nations trophy should be theirs. Ireland face a gruelling away trip to Rome, while Philippe Saint-Andre will be desperate for a win against Scotland to spare French blushes but also possibly his job as well. In a competition that's predictably unpredictable, it's sure to be an exciting conclusion to this year's Six Nations