Northumbria and Edinburgh set for all Northern final 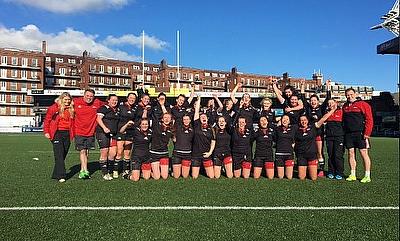 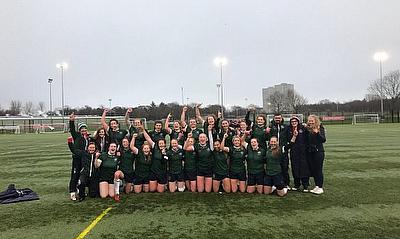 Northumbria and Edinburgh will meet in next week’s BUCS Championship Women’s Final at Twickenham after victories over Cardiff Met and Durham in the last four.

Northumbria were beaten by Cardiff Met in last year’s final, but they were able to exact their revenge 12 months on while Edinburgh dispatched Durham to reach Twickenham.

Elsewhere across our featured BUCS leagues and competitions, Swansea narrowly beat Nottingham in the Men’s Vase final while Glasgow now hold the Scottish bragging rights as they comfortably secured the Men’s BUCS Trophy against Edinburgh.

In domestic action, the Northern 2A league title was still to be decided between Manchester Met and Liverpool.

Northumbria secured a tense victory over Cardiff Met as the north-east side reached their second successive Twickenham final.

Cardiff Met, who are the current holders of the BUCS Championship trophy, led this tight battle 12-7 at the break after dotting down tries either side of Northumbria’s converted score.

The visitors, who were beaten 20-5 by Cardiff Met in last year’s final, were on course to exact their revenge as they went over for another converted try before England’s Abbie Scott made the scores 19-12.

The champions weren’t going to give up as they crossed five minutes from time, but the north-east side were able to hold on and book their place in next week’s final.

Edinburgh secured their place in the BUCS Championship Final at Twickenham thanks to a hard-fought victory over Durham.

The hosts dominated after a sluggish first period, but they were 7-0 ahead at the break.

Durham hit back immediately after the interval as Heather Kerr dotted down, but Edinburgh responded by restoring their seven point lead.

The north-east outfit remained in touch with their hosts as Katharine Insull crossed, but that was a good as it got for Durham as Edinburgh scored two more converted tries to seal the win.

South A side Swansea University ended the season as winners of the BUCS Vase as they beat the University of Nottingham 11-10 at Bath on Wednesday.

After falling at the first hurdle of the Vase competition last season, Swansea showed exactly what they were capable of this year following a fourth placed finish in the domestic campaign.

It was Swansea who led 6-5 at half-time thanks to two penalties while Nottingham scored the only try of the first 40 minutes.

The Midlands side then went ahead courtesy of their second try of the afternoon, but once again they failed to convert.

Swansea were trailing heading into the final 10 minutes, but after sustained pressure from the Welsh side, they were awarded a Penalty Try which ultimately sealed silverware for the Swans.

So Swansea ended the season with four straight wins which was enough for them to add a trophy to their cabinet while Nottingham will be very proud of their achievement this year following a fifth place finish in South A.

Glasgow clinched their first ever BUCS Trophy as they produced a blistering performance to beat Scottish rivals Edinburgh 39-10 at the University of Bath.

Winger Ross Mulford opened the scoring for Glasgow before tries from Ben Kenderdine and Kerr Stoddart helped the Scottish 1A winners into a 25-5 half-time lead.

Edinburgh could only manage a try in either half and they will be disappointed after such a successful season. They were crowned North B champions and won nine of their 11 matches, but a third defeat of the season yesterday meant a league and cup double evaded them.

Edinburgh will now have to dust themselves down as they prepare for their North A play-off against Birmingham with the first leg scheduled for April 5th.

As for Glasgow, their superb season can get even better as they are involved in the North B playoffs alongside Leeds Beckett 2nds, who won Northern 1A, and Leicester, who clinched the Midlands 2A title.

Both Leeds Beckett and Leicester won all 10 of their domestic fixtures this season and they will be aiming to carry their excellent form into these play-off fixtures.

Northern 2A -The University of Liverpool were handed a walkover victory against Chester on Monday which meant they had to beat Keele yesterday to secure the league title and promotion to Northern 1A.

Manchester Met had led the way for the majority of the term and they knew that any slip-up from Liverpool in their final four games in hand would see the title go to Manchester.

However, the Merseyside club have not put a foot wrong in recent weeks and they kept their composure on Wednesday to clinch a 36-10 away win at Keele to seal Northern 2A championship and an immediate return to Northern 1A.