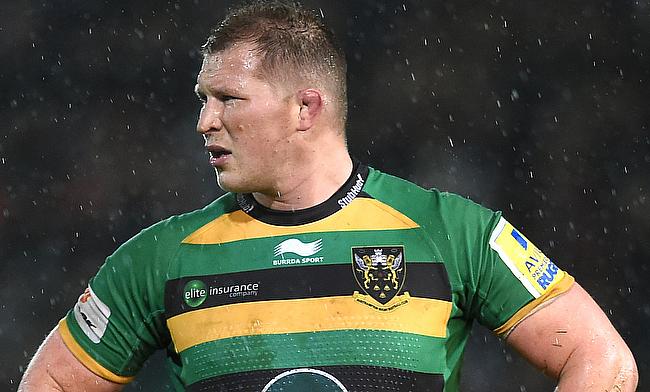 Northampton Saints have confirmed that England skipper Dylan Hartley will share the captaincy duties with prop Alex Waller in the upcoming season.

Hartley has been out of action since March when he sustained a concussion during the final round of the Six Nations Championship clash against Ireland at Twickenham.

Two years back Hartley missed a total of 14 weeks of action after sustaining a couple of head injuries and admitted that his career could well be over with another such concussion.

The 32-year-old was ruled out of England's June tour of South Africa but now has been named in 44-man training squad by Eddie Jones to prepare for the November series, although he is yet to feature for the Saints in the pre-season programme.

Northampton Saints director of rugby Chris Boyd said retaining Hartley as skipper was an 'obvious' choice but emphasised on the need to have a back up when the England hooker is away for national duty or battling injury.

"To keep Dylan in a leadership role was an obvious choice for me," said Boyd.

"He is hugely respected by everyone here at Saints and has led the club brilliantly for several years now.

"We were, however, aware that the club could be without a captain for large chunks of the season while Dylan is away on England duty, so naming Alex as co-captain was the obvious next step.

"Alex is a pivotal figure at Franklin's Gardens. His leadership skills are clear to see, and he boasts an intimate knowledge of this club, having spent the entirety of his nine senior seasons here.

"Dylan and Alex have worked together for a number of years, and I am sure they will continue to build on their partnership in this new set-up."

Northampton Saints will kick-off their Gallagher Premiership season with a clash against Gloucester Rugby at Kingsholm on 1st September.