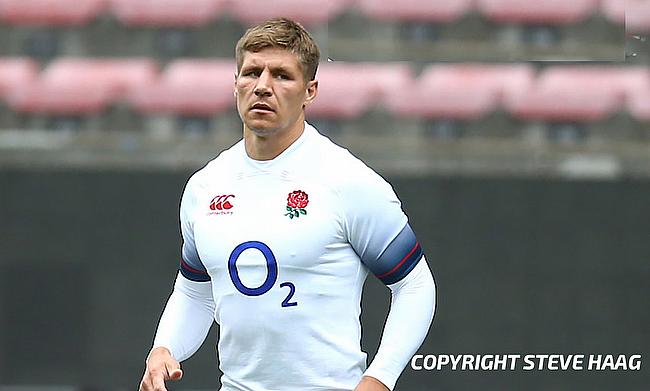 Piers Francis has made 79 appearances for Northampton
©Steve Haag

Northampton Saints have announced that four players including England international Piers Francis will be leaving the Gallagher Premiership club at the end of the ongoing season.

Francis started his career in Auckland in 2011 and went on to feature for Edinburgh and Doncaster Knights before joining Northampton ahead of the 2017/18 season. Since then, he has gone on to make 79 appearances scoring 199 points and played a pivotal role during the 2018/19 season where the club reached the semi-final of the Premiership and also clinched the Premiership Rugby Cup where they defeated Saracens in the final.

“My time at Saints has been fantastic. I’ve loved playing back in England at such a great Club, and it’s been really exciting playing under Chris Boyd and the current coaching group," he told the club's official website.

“I’m very grateful for the opportunity I’ve had to put the Black, Green and Gold shirt on. My body unfortunately prevented me from doing it as many times as I’d have liked, and this last year has been a really tough one for me both physically and mentally with injuries, but I’m leaving the Club in a good place and looking forward to a fresh start.”

Fiji lock Ratuniyarawa joined the Saints in 2016 making 124 appearances for them. He went on to win the Breakthrough Player of the Year' award in 2017/18 season and has featured in 36 Tests for Fiji including five games in the 2019 World Cup.

“It’s been a great honour for me to represent this Club since 2016. I’ve enjoyed every minute of it, learned a lot from all the players and coaches here, and created some fantastic memories,” said Ratuniyarawa.

“Northampton has been fantastic for my family; two of my sons were born here and the community of supporters have welcomed us in. We have cherished our time and the area will always be a big part of our lives, but now is the right time for me to move on.”

Naiyaravoro joined Northampton ahead of the 2018/19 season and had stints with NSW Waratahs, Glasgow Warriors and Panasonic Wild Knights. He has made 70 appearances for the club scoring 110 points.

“It was a huge adventure for my family and I to move over to Northampton, and my time here has been nothing but awesome. The Saints family accepted us all and this feels like home now,” said Naiyaravoro.

“It is always difficult to leave a place you have grown so close to. I’ve always been very grateful for the support I’ve had at Franklin’s Gardens, and I’ll take a lot of good memories away with me.

Meanwhile, Samoa international Tualawas originally brought to Northampton as injury cover in February 2015 from Counties Manukau Steelers and has racked up 139 appearances for them scoring 145 points.

“I’ve loved my time with Saints – I never thought I would be here so long when I first came over, but it’s been a massive privilege to represent Northampton.

“The Club has a lot of history behind it and a passionate group of supporters. It’s a special place which now feels very much like a ‘home away from home’ for my family. We’ve all made lifelong friends here and it’s been cool to see the kids grow up in a different part of the world.”