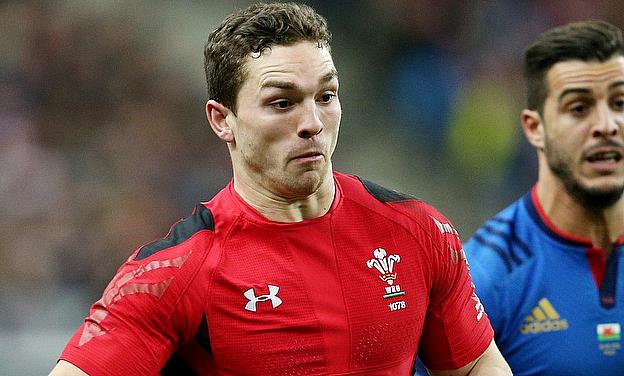 Wales star George North wants to reward Warren Gatland's "trust" in him after a challenging few months on the international circuit.

And the 22-year-old's impressive display when Wales beat France in Paris 11 days ago suggests he is on the way back to recapturing top Test match form.

Earlier this term, Wales head coach Gatland called for North to increase his involvement in games, and it did not go unnoticed.

"For me, it's never a good point if the head coach is not happy with you," North said.

"That is when you start getting dropped and stuff.

"I felt that Paris was a step forward for me to where I want to be in a Welsh jersey, and hopefully on Saturday I can push forward again and reward his trust."

North has only scored one try in his last seven Tests - against Fiji last November - but at the Millennium Stadium it is a strike-rate of seven touchdowns from 10 starts during the past 16 months.

Victory for Wales this weekend would keep them in the Six Nations title mix heading for an appointment with Italy in Rome next week, but recent history suggests that Ireland occupy the box-seat.

They have beaten Wales in each of the last two Six Nations campaigns, scoring an aggregate 56 points, while Joe Schmidt's men are currently on an Irish record-equalling run that has realised 10 successive Test wins.

"If you look at Ireland over the last couple of years in this fixture, they have just been clinical," North added.

"Over the past two years they have been very good at finishing games off. They take their chances when they can, and we have lacked that composure when it has come to the crunch.

"They have got a lot of confidence now, they execute their game-plan very well and they are a side that knows what they want to do and where they want to go, and everyone has bought into that ethos.

"We don't need to big the game up more than it is. It's a massive game for Ireland, going for the Grand Slam, and for us it will be a great Test match here in Cardiff."

Wales, meanwhile, will be captained by flanker Sam Warburton for the 34th time as he overtakes Ryan Jones' Welsh record, and North said: "It's exceptional for Sam.

"He is a quality player and leads from the front, and as a captain you cannot ask for any more.

"With someone like Sam it's not necessarily what he says, it's the actions he does. He is the kind of man who will never ask you to do something he wouldn't do himself.

"In training, he is not someone who stands up and gives a 20-minute speech and everyone gets up and starts screaming.

"It's more of a kind of chat that is to the point and is no more or no less than what it needs to be."