Nine Coaches who could to take over from Matt O'Connor 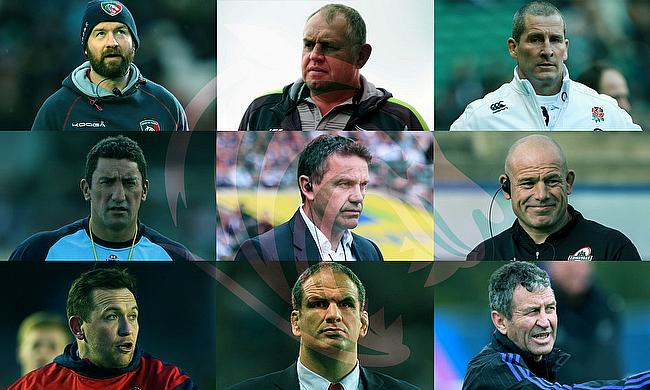 9 potential coaches to take the helm at Leicester Tigers
©TRU

TRU compiles a list of nine coaches who could take over at Leicester Tigers in the wake of Matt O'Connor's departure.

The man challenged with temporarily steading the ship in the wake of O’Connor’s departure.

Murphy has been at Leicester since 1997, playing his entire career at the club and even captaining the Tigers to a Premiership title.

Having been a part of the coaching staff since his retirement in 2013, Murphy has served as an Assistant under Richard Cockerill, Aaron Mauger and now Matt O’Connor plus, he also coached Leicester to their victory in the 2016/17 Anglo-Welsh Cup.

Reportedly a target for Cardiff Blues in their search for a new Head Coach in the winter of last year, it proved that Murphy has considerable potential as a coach.

If he were to be appointed as Head Coach, Leicester fans would see this as a welcome sight. In addition to this, he will already have a working relationship with the players and knows a lot about the club’s academy from his time coaching in the Anglo-Welsh.

The second coach is also a Tigers legend. With Falcons last season, he silenced Welford Road when the Falcons were flying high and, much like Murphy, would be a more than a welcome sight at Leicester.

Playing for the Tigers from 1983 to 1997, Richards was the cornerstone of the clubs’ success during that period. A two-time Lion, Richards’ first big job in coaching was at the Tigers where he won four Premiership titles and two Heineken Cups during his time in charge.

Richards’ successful reign is what Leicester hope to recapture, therefore he must be a key target considering what he has done during his time at Newcastle Falcons.

Taking Falcons from tenth in the Premiership to fourth is no mean feat and suggests that Richards could be at the peak of his coaching powers. It comes down to whether he would want a change of lifestyle following six years at Newcastle where he seems very settled.

Hailed as an ‘outstanding coach’ in recent months, public perception of Stuart Lancaster seems to have changed for the better. Vastly criticized for England’s premature exit at their home World Cup, Lancaster’s standing has never been higher.

Joining Leinster as a senior coach in 2016, the province have gone on to achieve great things. Last season, the Dublin based side won both the Pro 14 and the Champions Cup leading to much praise from fellow coaches and the Leinster players.

If anyone has Stuart Lancaster's number and/or some leverage.

Perhaps having too much on his plate when with England, Lancaster is seen as a detailed coach by so many with his best work being done in the training paddock.

It’s possible that a hands-on approach could be what Leicester need but whether Stuart Lancaster would be the right man to lead the whole club is an entirely different matter.

A former Tiger, Gibson recently led the Waratahs to the semi-finals of the Super Rugby competition and he also made the Tahs the best performing Australian Super Rugby franchise this season.

Missing out on the playoffs in his first year in charge to then seeing his side finish 16th in 2017, Gibson went on to drastically change the franchises fortunes as they became the first Australian side in two years to beat a side from New Zealand when they defeated the Highlanders.

Stressing defence, Gibson’s side only conceded more than twelve points on one occasion in the regular season and when you consider Leicester’s defensive frailties at the weekend, that could go in Gibson’s favour if Leicester were keen on him taking the job.

Despite recently taking up a role with the German Rugby Federation, Mike Ford could be tempted back to England to coach two of his sons at Tigers. In addition to this, Kyle Eastmond, who played under Ford at Bath is at the club, with plenty of other attacking talent in Leicester.

Taking Bath to a Premiership final in 2015 with what was a fairly young squad has undoubtedly been the biggest success of Ford’s coaching career, but he left the Somerset side in 2016 after a downturn in form.

He also coached Toulon shortly before agreeing to take over at the Dallas Griffins in the MLR, but the club had to push back their involvement.

Ford would be a smart move by Leicester as he seems to know how to get the best out of son George. In addition to this, linking up with Eastmond as well in what was such a successful partnership could only be good news for the Tigers.

Cockerill held a coaching role at Tigers for an astounding twelve years before he was eventually sacked at Leicester. Since then, he has gone on to massively change the fortunes of Edinburgh.

Seemingly enjoying his time in the Scottish capital, Cockers guided his side to the Champions Cup this season where trips to Toulon, Montpellier and Newcastle await.

To be honest it doesn’t seem likely that the former England hooker will return to the club that gave him his first opportunity in coaching. With Edinburgh’s recent rebrand and influx of players, it may be safe to assume that Cockerill will be in Scotland for the long haul.

Teague’s journey to Bordeaux was an interesting one. Starting his coaching career at Harrow School, he briefly became part of the England set-up, coaching the under-20s and was also a skills coach for the senior side.

Initially a member of the backroom staff at Bordeaux, Jacques Brunel’s departure to coach France saw Teague propelled into the hot seat. Aged 32, he was by far the youngest head coach in the Top 14. Aged 33 now, you could imagine that an approach from Leicester Tigers would be difficult to resist.

Given his background at Harrow School, Teague is known for developing young players. Given Leicester’s pride in home-grown players and their rich history of bringing players through, Teague could be a good fit in the East Midlands.

Johnson hasn’t coached since his England side were dumped out of the 2011 Rugby World Cup by France at Eden Park. Somewhat of a Leicester icon, it wouldn’t be entirely preposterous to suggest that Johnson could go back to Leicester as a coach.

Having been a mainstay at the club as a player for 16 years, Johnson would easily have the respect of all the players and fans if he were to take the reins.

Retiring from full-time coaching in 2017, Smith is unlikely to come to Leicester in a full-time role. It would also appear that Smith has little interest in having a head coach role, having not held one since he left Northampton in 2004 to assist the All Blacks.

Geography could also play a part. Being based in New Zealand for 14 years now, it’s unlikely that Smith would want to uproot his life again in Europe for a job that doesn’t seem stable from the outside looking in.