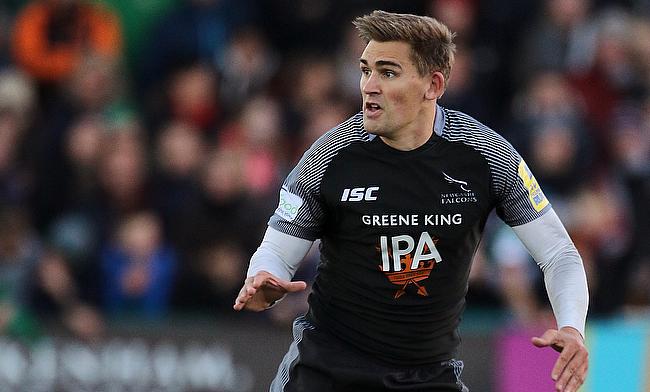 Toby Flood kicked 20 points as Newcastle Falcons boosted their hopes of a two two finish with a 25-22 win over Northampton Saints at St James' Park.

Nearly 30,174 spectators turned up at the home of the Newcastle United as witnessed a tight game.

Newcastle Falcons were denied a try in the first minute as television replays suggested a knock-on by Chris Harris, who passed to Sinoti Sinoti.

Flood though got Newcastle off the mark with a third minute penalty but a determined attack from the Saints saw David Ribbans cross over in the 10th minute. Flood once again restored lead for the Falcons with a 13th minute penalty and Vereniki Goneva emerged from a ruck on to Northampton's 22 to score the first try for the home side.

A conversion from Flood made the scoreline 13-5. Flood missed his first penalty and suddenly Northampton gained momentum when Goneva spilled a kick from Stephen Myler which Rob Horne capitalised and crossed over in the 35th minute. This time Myler kicked the extras.

But, Flood once again provided a breather for Newcastle Falcons with penalties on either side of the break to increase their lead to 19-12 but winger Nafi Tuitavake's effort in the 51st minute allowed the visitors to level the scores.

Flood with his 55th minute penalty got the Falcons into a three point lead but once again Myler responded with a three pointer and score remained levelled 22-22 at the end of 62 minutes. A 45-metre kick from Flood with 14 minutes to go provided Newcaslte the decisive three-point lead and despite a last gasp effort from Myler, who kicked on to Newcastle's 22, the home side showed resolute defence to complete a three point victory.