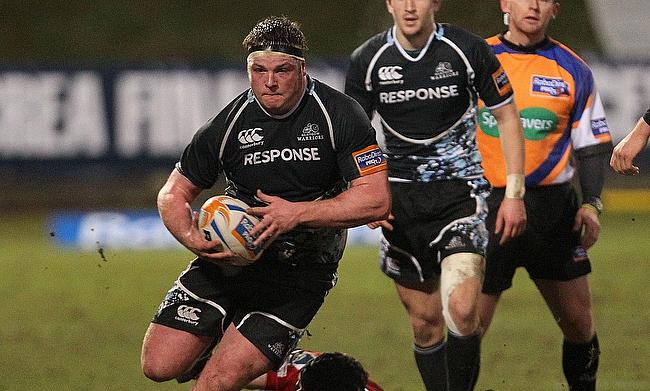 Scotland international Jon Welsh is hoping to take the momentum built by the Newcastle Falcons in the pre-season games into the upcoming season of the Aviva Premiership.

After a disappointing finish of 11th in the previous season, Newcastle Falcons started the pre-season of the 2016/17 campaign with 26-21, 34-12 and 50-12 victories over Edinburgh, Doncaster Knights and Nottingham respectively.

Welsh, who was signed by Newcastle Falcons in 2015 stated that the team is high on confidence after victories in the pre-season games.

“I think results in pre-season do matter, whatever some people might say,” said Welsh.

“A run of victories builds momentum going into your first league game, we have won all of our games against some good teams and as a result the confidence here is very high.”

Newcastle Falcons will kick-off their 2016/17 Aviva Premiership with a home game against Sale Sharks at Kingston Park on 2nd September. This will also be the first competitive game for the 29-year-old, who was sidelined with a toe injury which he suffered during Falcons' 19-14 Aviva Premiership victory over Bath in January.

Highlighting the issues the team faced last season, Welsh feels the mindset of the players are in a much better situation this time around and is hopeful of turning things quickly.

“I think we are in a completely different place to where we were last season.

“That is just through getting the foundations right in pre-season, by which I mean shape on the pitch, game plan and things like that, but also off the field. Everyone knows each other that bit better, the new signings have bedded in well and we are definitely in a much stronger position.

“A lot of players came late into the group because of the World Cup and there were a lot of new signings, so we didn’t have that luxury of building a team and gelling in the way that most teams would have in pre-season.

"It felt around that Christmas time like we starting to build something good when my injury came. I wasn’t able to be out there for the rest of the season and it is great now to be back and looking forward to games.”

Describing the toe injury was "heartbreaking", Welsh is now looking to make the most of it in the upcoming season.

“If you’re a front-row forward I don’t think you can really take a break at any point at all. The staff were brilliant here on the medical and the strength and conditioning side, they put me through my paces and looked after me at the same time.

“My outlook now is that last season is completely gone, we have put it behind us and everyone is focused purely on Sale Sharks.

“You do as much analysis as you can, but the general consensus among the squad and the staff here is that everyone is just really excited. I have obviously been out for a lot longer so I really can’t wait to get into it. We have had a good look at Sale, we are in a good place and we feel like we’re ready.”