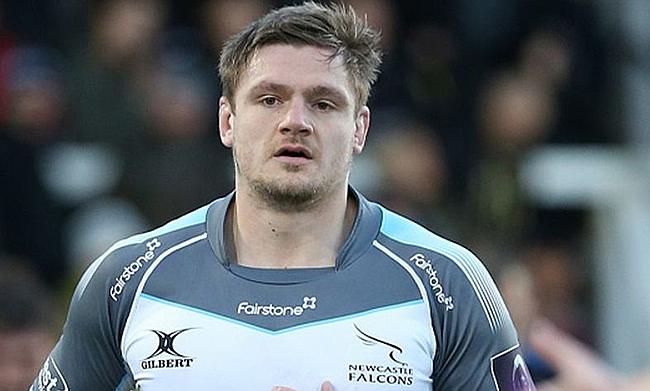 Calum Green is excited about playing in the semi-final
©PA

Newcastle Falcons lock Calum Green stated that the club is determined to finish the season well after reaching the Aviva Premiership play-off in the ongoing season for the first time in the competition history.

The Falcons registered 14 wins from 22 games in the league stage that saw them edge out Leicester Tigers in the battle for fourth place finish and now will lock horns with Exeter Chiefs in the semi-final on Saturday at Sandy Park.

“If you’d said at the start of the season that we’d be in this position there’d be people who probably couldn’t believe it,” he said.

“We were aiming for top six so to get top four is a nice bonus, but now that we’re here we might as well go all the way.

“Once we were in and around the mix for the top four after Christmas we just thought ‘why not?’

“There was a big collective push to just keep winning every week and see where it would take us, but after losing away at Worcester we maybe thought that was the semi-finals out of reach. We had a good home win over Sale, and then it all came down to knowing we’d have to win at Leicester for the first time in 20 years.

“That was the match that got us here, and if we can win a game like that then there’s no reason why we can’t win at Exeter on Saturday.”

Exeter will look to defend their title which they won last season and showed tremendous form in the league stage where they topped the table but the last time these two teams met, it was the Falcons, who defeated them 28-20.

“We’re ready, we’ve prepared really well and the whole squad is full of confidence,” he said. “We just want to give a performance which reflects the ability and desire within the group, and if we do that we’ll be happy.

“Exeter have built their club and their team very steadily from their promotion season, and it’s the model that most clubs would look to. I don’t think there’s any disgrace in saying we’ve looked to emulate that, and why wouldn’t you when it’s all built on a good local fan base, a thriving academy, a real team ethic and a couple of foreigners who bring the stardust?

“If you look at our squad and our club we’re not too dissimilar. Maybe they’re a few years ahead of us but we’re not in a bad place, and we’ll just see what happens when we go down there.

“I’m massively excited, and weeks like this are why you play the game. You have to make the most of them, enjoy them and give it absolutely everything on the day. We won’t get caught up in the moment, we’ll go all out for the win and I don’t see any reason why we can’t do it.”

The winner of the contest will face either Saracens or Wasps in the final to be played at Twickenham Stadium on Saturday.