Newcastle Falcons confident of thriving under pressure in the Singha 7s 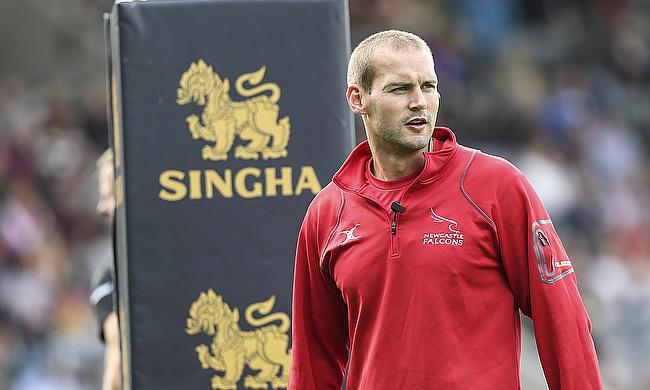 Newcastle Falcons 7s coach Mark Laycock is confident of his team excelling under the pressure of playing at home ahead of the Singha Premiership Rugby 7s matches at Kingston Park on Saturday.

The Falcons, who are placed in Group D will take on Sale Sharks, Worcester Warriors and Leicester Tigers with the top two teams in the pool progressing to the finals.

Newcastle Falcons have successfully won the tournaments they have played at home and Laycock believes the squad will take a lot of confidence from it.

“In a sense we have created pressure for ourselves by having such a successful run in our qualifying competitions, but I see that as a good thing.

“The players should be driven by the fact there is a lot of expectation on them, they should embrace that pressure and see it is a privilege that people think so highly of them based on their past exploits. That said, it is all about who does what on the day, and we have to show that we are worthy of the billing people are giving us.”

The sevens competition will be making the debut in the upcoming Rio Olympics for the first time and Newcastle Falcons' Marcus Watson has been included in the 12-man GB Sevens squad.

Laycock believes the sevens format will be ideal for non-rugby fans to embrace the sport considering the shortened length and intensity of the game.

“Sevens is a really exciting version of the game and a fantastic way for non-rugby followers to maybe dip into the sport for the first time,” he said, with games 14 minutes in length and played on a full-size pitch," he said.

“With the Olympic 7s coming up shortly the timing is fantastic for people to take a look at it, and they should be won over by the amount of tries, the speed of the game and fact it is shorter and snappier than 15s. It is a fun atmosphere in the stadium, you get six games in one afternoon and you are seeing some of the top young players in the country.”

Former Australia U-20 Harrison Orr will be making his debut for the club in this format, replacing Andrew Davidson while Tom Penny is ruled out after sustaining a broken arm during training.

Laycock expressed confidence on the squad announced and is hopeful of clinching the Premiership 7s for the first time since 2011.

“We have got a bit of sevens experience in there from guys who have played for us in the past. They will offer us some leadership but overall we are happy with the blend.

“Last year we brought in a lot of lads from the Scotland 7s squad. That was probably more of a one-off rather than a major change in club policy, simply because of fixture congestion and the fact we had so many injuries at the time, so we were unable to field many of our contracted players. We felt we had to look elsewhere to strengthen the squad but this year we are in a slightly different position whereby we can field a group predominantly of our own full-time players.

“We have a lot of play-makers in the squad and some good athletic, ball-handling forwards. We have to use that to our advantage, and with guys like Joel Hodgson, Ruaridh Dawson and Tom Catterick in those play-making roles we can hopefully create space and exploit it.”