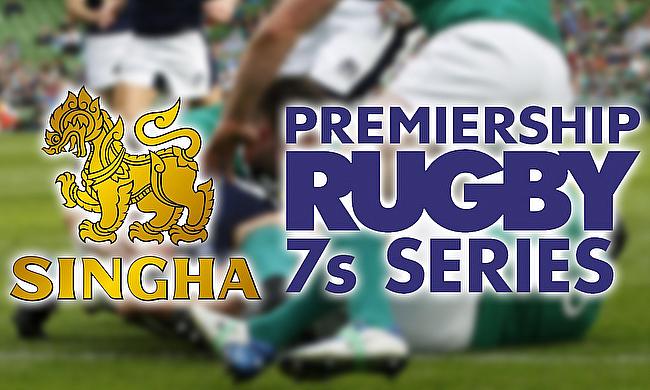 The Premiership Singha sevens has been going on at venues all around England, we look at the results and the stand out performers that are heading to the grand finale at Twickenham.

Steph Reynolds' sensational performance sent Gloucester Rugby into the Singha Premiership Rugby 7s final as they go in search of their third title.

Reynolds captained the hosts on the night and picked up the Man of the Round award thanks to some outstanding displays throughout the evening.

Gloucester are the current holders of the Singha 7s and they showed - in front of a packed Kingsholm stadium - that it will take something special to stop them lifting the trophy once again at Twickenham Stoop on August 28.

The benchmark was set by the home side after the first match as they produced a ruthless display to comfortably beat Exeter Chiefs 36-5.

Lloyd Evans opened the scoring for the Cherry & Whites after just two minutes before Martin Atkinson went over.

The Chiefs got on the board just before half-time, but it was short lived as Reynolds scored a brace either side of the break as he showed incredible pace to touchdown.

Bath were taking part at Kingsholm and it was their first club outing since their Premiership defeat to Saracens at the end of May.

They got themselves up and running after a nervous start and dispatched London Irish 26-0 in the second match of the evening.

Captain and Scotland U18 international Adam Hastings dotted down the first try for Bath before Darren Atkins weighed in with two well-constructed tries. Hartpury College’s Alex O’Merea rounded of proceedings with a minute to go.

However, the quick turnaround affected Bath in their next game against Exeter as the Chiefs bounced back from their defeat to Gloucester with a 26-10 victory.

Alex Ducker pounced on a Bath error to open the scoring for Exeter, but Bath came straight back as tries from Shaquille Jack and Apolosi Sokia gave them a half-time advantage against a well-structured Chiefs side.

But Bath couldn’t capitalise as tries from Sam Simmonds, Matt Eliet and Pete Laverick sealed their first win of the night and kept them in the hunt for the final.

Gloucester picked up from where they left off against Exeter as they cruised to a 31-7 win against London Irish as they produced another well balanced performance with Dan Thomas along with Reynolds being the stand out players.

It was a night to forget for London Irish and their competition ended with a 43-0 defeat to Exeter. Laverick’s double was the pick of the tries for the Chiefs as he and his team-mates took advantage of Irish committing too many players to the ruck.

This all meant that Bath had to clinch a bonus point win over Gloucester if they were to qualify for the final next Friday. If they failed too, then it would be Exeter heading to the Stoop.

Bath got off to the worse possible start as the impressive Thomas rounded off a superb phase of play by the hosts as he broke through the middle to score early on.

Bath levelled things up before half-time thanks to a terrific try by Zach Mercer, but the hosts showed their firepower in the second period and ran in three tries to end Bath’s hopes of reaching the final.

Gloucester and Exeter booked their places in the Singha 7s finals last Thursday and now know that they will be joined by London Wasps, Harlequins, Newcastle Falcons and Sale Sharks.

Christian Wade produced a sensational performance as he scored seven tries to secure Wasps' place at the Stoop on Friday night and it also sent a message out to the other sides in the competition.

Wasps won all three of their Group three matches at the Ricoh Arena last Friday with Wade unsurprisingly, picking up the Man of the Round award.

Wade's side will be joined by Harlequins who will be bidding for glory on home soil after finishing second in the table.

Wasps thrashed Quins 40-14 in the opening pool match with Wade scoring a hat-trick whilst Joe Marchant was the pick of the players for Harlequins.

Northampton Saints looked like the closest challengers to Wasps as they came from behind to beat Saracens 31-12, but Sarries responded with a battling 24-17 victory against Quins in the third game of the evening.

Saints felt the full force of Wasps when they were comfortably beaten 49-5 and if that wasn't enough they lost their final game 26-12 to Quins.

But it was Wasps who dominated from the word go as they rounded off the evening with a 33-10 win over Saracens with Wade rightly receiving a standing ovation.

On Saturday, the competition headed up north to Newcastle where the hosts, Newcastle Falcons, soared into the finals after some brilliant performances.

Mark Robertson stole the show for Newcastle, but it was a complete team performance from Falcons who strolled to three wins in Group D.

They will now face Scarlets in the quarter-finals on Friday and like Wasps, they certainly set the benchmark for the competition.

The hosts got off to a rapid start with a 50-12 victory over Leicester Tigers. Robertson scored a brace along with Jamie Farndale as Leicester just couldn't contain them.

The second game of the day was stark contrast to the first as a late Mark Jennings try earned Sale Sharks a draw against Worcester Warriors.

The Warriors couldn't afford a repeat in their next game and after being behind against Leicester thanks to George Worth's try, Worcester scored 27 unanswered points to take their first win of the day.

Newcastle came up against a resistant Sale in their second game of the day as the teams went in level at half-time.

But, the Falcons controlled proceedings after the break and nailed down their position in this year's finals.

With Sale & Leicester having 0 points on the board, both sides knew their final game of the day was a must win.

And it was the Sharks who prevailed as the Tigers struggled to get a foothold in the game - Sale winning this encounter 40-5.

It was vital the side from the north-west won that match as Newcastle were ruthless again as they beat Worcester 40-12 meaning Sale claimed the final ticket to this year's Singha 7s finals.