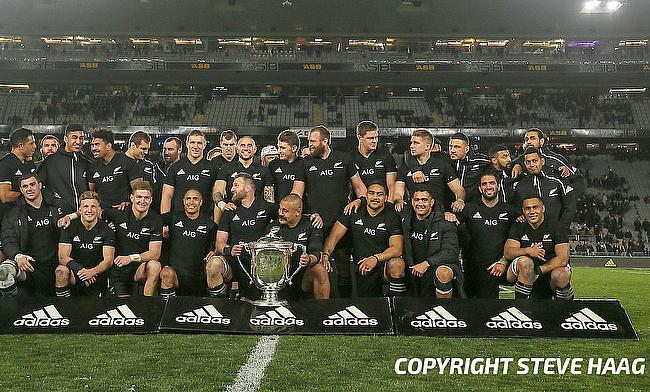 New Zealand Rugby has slammed SANZAAR for the newly released Rugby Championship schedule to be played in Australia.

The All Blacks will start the international season with back to back Bledisloe Cup matches against Australia on 11th and 18th October in Wellington and Auckland respectively before heading to the Rugby Championship tournament opener in Brisbane on 7th November.

The six rounds will be played in successive weekends and as a result the tournament will conclude on 12th December which meant the All Blacks players will have to undergo a 14-day quarantine when they return home during the Christmas period.

"We haven't agreed to this schedule and are disappointed at the announcement," chief executive Mark Robinson said.

"We understand the commercial considerations in the scheduling. However, the wellbeing of our people is an incredibly important factor in this also.

"All our planning and scheduling was on the basis that the All Blacks' last match would be on 5 December to give our players and management time to get home, undertake the quarantine back in New Zealand and be with their families for Christmas.

"We know the scheduling of matches has been a complex and dynamic issue to work through," Robinson said.

"[But] we believe that there are other solutions within the Rugby Championship window."

Meanwhile, SANZAAR boss Andy Marinos said the board is looking at all possible options including a tighter bubble during the tournament which might relax the 14-day mandatory quarantine for New Zealand when they head home. However, he said condensing the tournament which is already closely scheduled will put players welfare at risk.

“We’re looking at all different options,” he added.

“Whether we put them into an isolation bubble for the last week to try and help aid any sort of quarantine on the other side.

“By condemning it, the reality is we’re asking players to play six Test matches in six weeks is pretty arduous as it is with no breaks.

“You want to condense that window any closer? I don’t think we have to look too far past what’s happened in the NRL in terms of the number of injuries to come out of this competition because of the intensity and the lack of preparation the guys had going back into a full season.

“We’ve got to be cognisant of player welfare but there’s also player safety. You’ve got to manage players from a long-term perspective and make sure we’re not increasing their risk profile disproportionately that they could get serious career-ending injuries. We’ve got to manage the situation.”