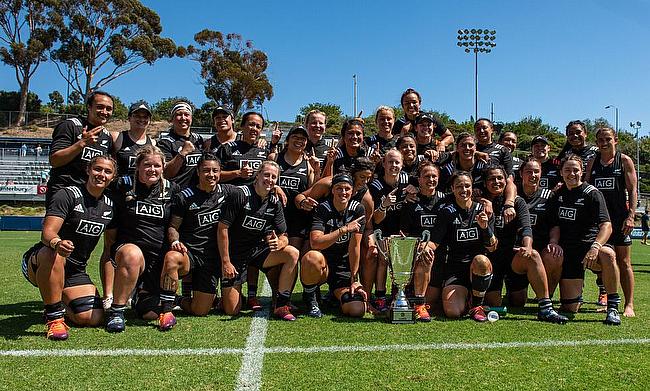 Renee Wickliffe scored a hat-trick as New Zealand completed a 28-13 win over England at Torero Stadium on Sunday to win the Women's Super Series.

This is New Zealand's third win of the tournament from four games as they finished at the top of the table with 14 points while England finish at second with 13 points. This also means the Black Ferns held the top position in the World Rugby Rankings.

New Zealand started the game with a setback with Toka Natua sin-binned in the third minute and Emily Scarratt responded with a penalty goal to kick-start the proceedings for England.

The Black Ferns levelled the score by the seventh minute when Kendra Cocksedge kicked a three-pointer of his own but Scarratt's converted try meant England still had a 3-10 lead.

Just as the half-time was approaching, Wickliffe scored a double with Cocksedge kicking the conversion on the second occasion as New Zealand headed into the break with a 15-10 lead.

Scarratt kicked a penalty goal early in the second half to reduce the gap down to two points but that remained their only points after the break as New Zealand despite a sin-bin to Ngata-Aerengamate took control of the game.

Wickliffe's third in the 65th minute surrounded by penalties on either side from Cocksedge proved enough for New Zealand as they completed a 15 point win.

“We’ve definitely matured a great deal, we’ve got a young squad,” said Sarah Hunter. “Fair play to the Black Ferns, we couldn’t get a foothold in the game and that’s the sign of a good team.”

Middleton added: “It was the game that New Zealand wanted it to be and fair play to them as they’re the world’s best at finding a way to win and imposing themselves on teams, and they did that today. I thought they were incredibly physical and we struggled to deal with that and never really got going, but that is because of the way they played.”