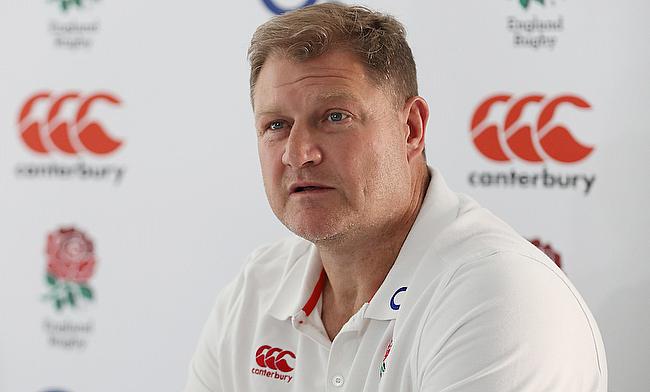 Neal Hatley has insisted England’s opening World Cup warm-up match against Wales will not have a major impact on squad selection.

England also meet Wales next weekend in Cardiff before concluding their pre-World Cup preparations against Ireland and Italy, but assistant coach Hatley is adamant selection will not boil down to just one fixture.

“We have been looking at this for three and half years," Hatley told the media at Pennyhill Park. “There is no way 80 minutes will massively swing [a decision]. It is a Test match that we want to win and every day is a selection day. Every day in camp is about preparing yourself and making yourself better.

“I don’t think there is anyone who is seeing that game [Wales on Sunday] as the final ‘hurrah’. We have got a real good idea of where they are as people and as players and what value they add to the squad. Like I’ve said, there is not going to be one big swing on one game.

After returning from an intense training camp in Italy, England’s build-up to the World Cup will continue this weekend and Hatley believes Wales, who have won their last 14 matches, will provide the perfect challenge.

He added: “It felt pretty real out in Treviso in the temperature and the heat! The guys have been great. Since we turned up around seven weeks ago, the attitude has been outstanding. The World Cup is not just starting now, it has been ongoing for the last few weeks. The attitude has been really impressive.

Last week, Elliot Daly stated the ‘intensity’ will be there when England meet Wales on Sunday and the Saracens man also revealed the fear of injury is not something they dwell on despite the World Cup beginning in just over a months' time.

Currently, Jack Nowell is one of the players in a race against time to be fit for England’s World Cup opener against Tonga on September 22nd, with Hatley revealing they are unable to put a timescale on the Exeter wing’s return.

In better news for Eddie Jones, Mako Vunipola is progressing well after sustaining a hamstring injury but he is unlikely to feature against Wales this weekend.

Injury boost for England with Mako Vunipola and George Kruis expected to be fit for start of World Cup | @GavinMairshttps://t.co/8SRABz7Zvg

“Mak is going really well,” added Hatley. “He is probably ahead of where we thought he might be at this stage, but we are not going to rush him. We have got really good depth in that position with Joe Marler, Ellis Genge and even a guy like Ben Moon. Mak is a massivly influential player for us so he won't get rushed.

“With Jack, it is week by week. He has obviously seen a specialist so he is where he is now. He is working extremely hard from a rehab point of view. We will make decisions on that closer to the time.”

Jones’ most recent decision was to trim his squad down to 33 players. The likes of Mike Brown, Ben Te’o, Ben Spencer and Alex Dombrandt were all omitted ahead of the clash with Wales, but their exclusions do seem significant.

The uncapped duo of Jack Singleton and Lewis Ludlam were selected by Jones, but Hatley was keen to stress no player is out of contention until a final squad is announced.

“This is probably, physically, the best I have seen Jack Singleton,” Hatley said. “He has been in the squad since he went to Argentina with us in the Lions year so he has been part of the bigger squad.

“He’s been great. He has got himself into a real good position physically and he is impacting on the squad. Same for Lewis. Lewis has come in with real energy and real enthusiasm, a great attitude to training and always doing more so he has really added value to the team.

“Nobody is out of selection. We have had different players at different times. We had Sam Underhill out for a week and Antony Watson for a week. It doesn’t mean the door is shut on anyone till selection is made.”