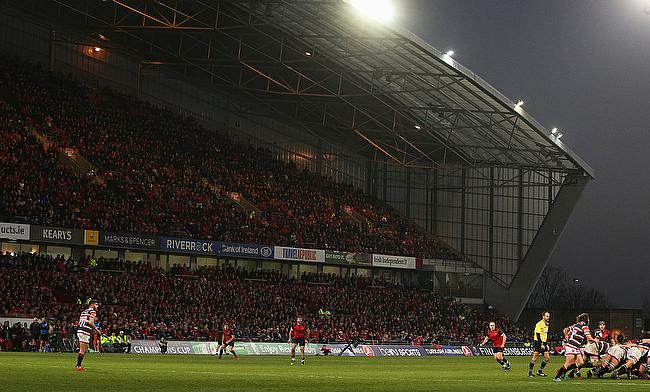 Munster Rugby have confirmed that they have suspended their training after a senior player was reported positive for Covid-19.

The player was tested positive on Monday and is currently isolated along with six other close contacts according to the guidelines. The preparation for their upcoming Pro14 game against Edinburgh is set to resume on Thursday after another round of testing at the High Performance Centre on Wednesday.

“This approach of identifying possible close contacts is in line with the caution we have taken to this issue, these players may not be deemed close contacts by the HSE,” read a statement for the club.

“As a precautionary measure, the squad and academy will not train at the HPC today.

“The HSE have been notified for contract tracing purposes.

“Further PCR testing will take place tomorrow at the HPC with a return to scheduled training planned for Thursday ahead of Saturday’s Guinness PRO14 encounter against Edinburgh at Thomond Park.”

Munster started their Pro14 campaign with a 27-30 win over Scarlets and are positioned third in Conference B table.