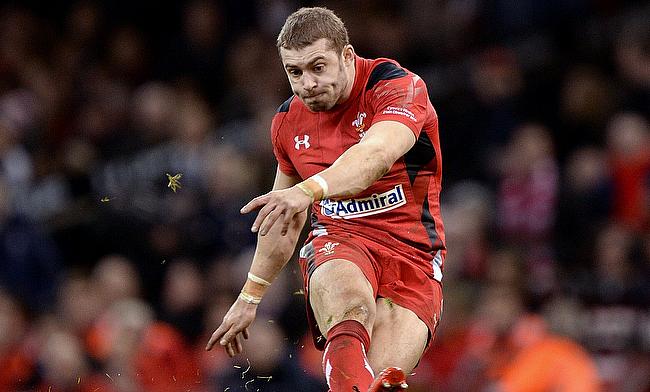 Munster successfully overcame Peter O'Mahony sent-off as they edged out Scarlets 27-30 in the opening round of the Pro14 at Parc y Scarlets on Saturday.

Leigh Halfpenny kicked nine penalties in slippery conditions but it proved insufficient for the Welsh regional side as a Ben Healy three-pointer in the added minutes sealed a thrilling win for Munster.

Both teams were struggling to cope up with the conditions and the deadlock was finally broken on 17th minute when Leigh Halfpenny kicked a penalty goal and four minutes later he doubled Scarlets' tally with another three-pointer.

Munster skipper O'Mahony was sin-binned for the first time in the 23rd minute for a shoulder charge and Halfpenny responded immediately with another three-pointer making it 9-0.

The opening try of the game came in the 29th minute when Jack O'Donoghue crossed over and JJ Hanrahan improved it as the gap between the two teams came down to two points but Halfpenny's fourth penalty goal ensured the home side had a five-point lead heading into the break.

The start of the second half saw Halfpenny and Hanrahan trade penalties before the Welsh international kicked two more three-pointers making the scoreline 21-10.

Halfpenny continued to hamper Munster as he slotted his eighth penalty goal that took them to 24 points but then in the 68th minute Chris Farrell dotted down to reduce the gap down to seven points. However, the incident also saw O'Mahony handed a second yellow-card and as a result was sent-off as the final 10 minutes was approaching.

Halfpenny with his 71st minute penalty goal increased Scarlets' lead to 10 points but despite down by a player, Kevin O'Bryne's try in the 78th minute with Healy kicking a penalty and a conversion on either side levelled the scores. As the added minutes started, 21-year-old with the decisive penalty kick sealed the game for the Irish side.