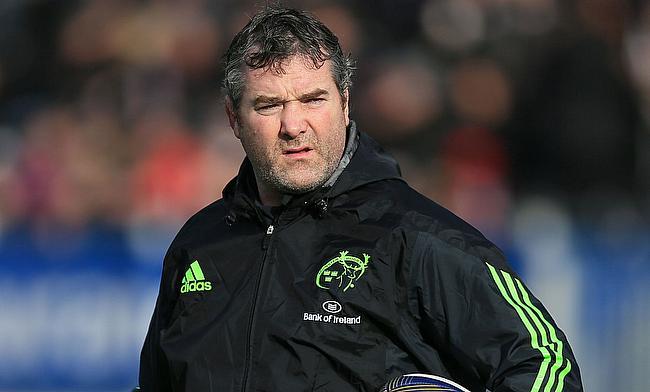 An investigation conducted by a French coroner revealed that Munster head coach Anthony Foley died due to a heart disorder which caused the lungs to build up fluid.

According to a report from www.rugby365.fr, the autopsy stated that Foley "had a heart rhythm disorder that caused an acute edema of the lungs" and it further disclosed that several other results of the tests conducted will be known in the coming weeks.

A statement released by Munster confirmed that Foley's funeral will take place on Friday in County Flare.

"Anthony's family have confirmed that his remains will be flown home to Shannon Airport (on Wednesday), from where they will be brought to his family home in Killaloe, Co Clare," a statement on the club's website on Tuesday evening read.

"They will lie in repose at St Flannan's Church, Killaloe from 1pm to 8:30pm sharp on Thursday evening.

"People intending on paying their respects to Anthony are asked to attend early. House afterwards is private.

"Funeral Mass will take place at 12 midday on Friday at St Flannan's Church, with Church reserved for family and friends only.

"A special area will be set aside to facilitate media outside the Church, near speakers.

"Burial afterwards will be at Relig Nua Cemetery, Killaloe. Family flowers only."

The former Ireland captain was found dead at Munster's team hotel in Paris last weekend, ahead of European Champions Cup game against Racing 92.