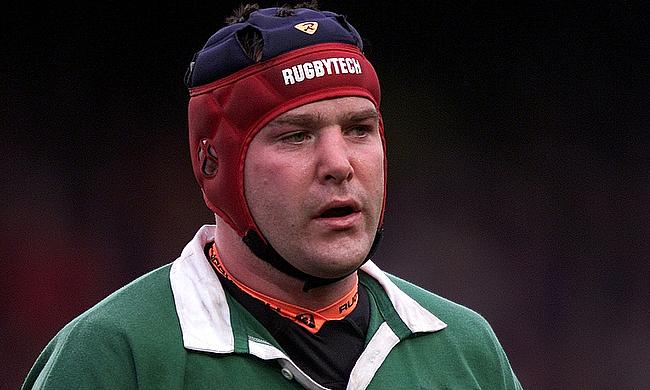 Rugby fraternity was brought to a sudden shock on Sunday following the death of Munster head coach and former Ireland skipper Anthony Foley.

The 42-year-old former back-row was found dead in the team hotel in Paris ahead of Munster's European Champions Cup opener against Racing 92. Following the tragic incident the game was postponed.

Foley has played for Ireland 62 times between 1995 and 2005 after making his debut against England in the Five Nations Championship. He also made his World Cup debut in 1995 but after missing the 1999 edition, he returned back to the Ireland squad for the 2003 World Cup and featured against Romania and the Wallabies.

Foley also captained Ireland on three occasions and signed off from international rugby with the Six Nations clash against Wales in 2005.

His professional rugby debut came in 1995 for Munster and in 13 years, he went on to play over 200 games for the club, amassing 195 points. In his first season as captain, he led Munster to European Champions Cup triumph in 2006.

It was in 2014, he took over the coaching role in Munster and is survived by his wife and two children.

Tributes continued to pour for the Munster legend as Ireland President Michael D Higgins described him as one of the best leaders in the modern era.

"He was regarded with great respect and deep affection not just among the Munster rugby fans but by all those interested in Irish sports and those with whom they interacted abroad," the President said.

Sports Minister Shane Ross said: "Our thoughts and prayers are with Anthony's partner, children, family, and friends at this very difficult time."

Leinster Rugby chief executive Michael Dawson said: "Anthony was a fierce competitor and rival with Munster for many years, but he was a gentleman away from the field and great company.

"Anthony played with unwavering pride and passion for his province and country every time he took to the field."

An IRFU statement said: “It is with deep regret that the Irish Rugby Football Union and Munster Rugby must advise of the passing overnight of Munster Rugby head coach Anthony Foley, at the team hotel in Paris.

“Munster Rugby management are liaising directly with Anthony’s family and will provide them with any assistance and support required.

"The IRFU and Munster Rugby pass on our deepest sympathies to all of Anthony’s family and friends and ask for privacy for the family at this sad time.

"As a mark of respect to Anthony and his family and and to support players, management and staff, Muster Rugby have requested that today’s match against Racing 92 be rescheduled.

“Munster Rugby thank Racing 92, EPCR, broadcasters and partners, and the many fans who travelled to Paris for their understanding and support at this time.”