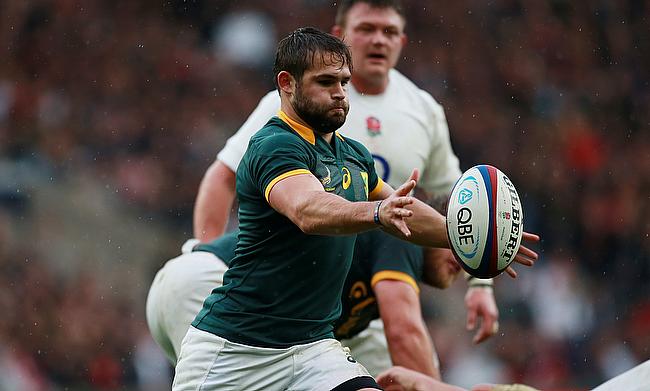 Reinach started his career with Currie Cup side Sharks in 2011 with his Super Rugby debut coming a year later. His consistent performance earned him South Africa debut in 2014 and has gone on to play 14 Tests for the Springboks including the victorious World Cup campaign last year.

"Okay, this is definitely not the way I wanted to say goodbye.

"Sitting here looking back at the last few seasons, I realised I'm extremely grateful for every opportunity I've had to put on the Saints jersey.

"Even though I gave my all to the jersey, it actually gave so much more back.

"For my family and I, this chapter is over. But I can tell you that it has been nothing short of spectacular and that has everything to do with the people around us.

"To every player, staff member and especially the supporters - thank you.

"I actually heard about the supporters before I got here. I heard they were mad about rugby and I didn't quite get it, but then I remember standing on the pitch at a packed Franklin's Gardens with the fans singing 'oh when the Saints go marching in', and I thought to myself 'I get it'.

"You guys are the heart of the team.

"And now to the boys... I wish I could be there with you guys to lift that trophy at Twickenham, but I'll make a plan to be there and celebrate with you afterwards.