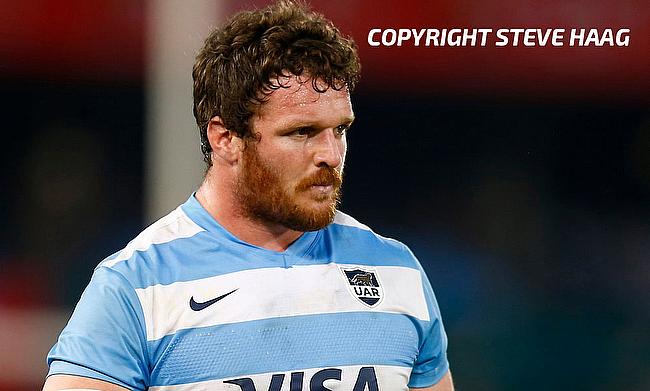 Julian Montoya scored a hat-trick as Argentina completed a bonus-point victory over Tonga in their second round of the World Cup clash at Hanazono Rugby Stadium on Saturday.

The win means Argentina are at the second position in Pool C with six points while Tonga are languishing at the bottom after losing both their games.

The Pumas had total domination in the opening half-hour as they scored four tries scoring 28 points which pretty much provided the platform for their victory. Montoya scored three of the four tries.

Argentina got off the block in the seventh minute when Montoya collected a pass from Tomas Lezana to cross over and Ben Urdapilleta on his first start since 2013 kicked the conversion to make it 7-0.

The Argentina hooker once again got his name on the scoring sheet as he dived over the line on the back of a lineout in the 17th minute and by the 20th minute, a poor pass from James Faiva was capitalised by Santiago Carreras for his side's third try. Urdapilleta converted both the tries making the scoreline 21-0.

Argentina thought they had claimed the bonus point with Urdapilleta crossing over but his effort was disallowed by the TMO after replays proved inconclusive of him grounding the ball. Although they waited only few more minutes for their fourth try through Montoya's hat-trick making the scoreline 28-0.

Tonga had a moment of relief before the break with Telusa Veainu breaching Argentina's defenders to go over the line as the teams went into the break with a 28-7 scoreline.

Argentina were attacking at the start of the second half and Tomas Cubelli thought he scored his side's fifth try but was prevented by a desperate tackle from Tane Takulua. Just when Tonga decided to exert pressure, Argentina's defence held them from scoring points.

Eventually, Tonga broke the shackles when Veainu scored a try following an offload from Cooper Vuna but Argentina will be delighted to complete a 28-12 win to keep their hope of quarter-final alive.