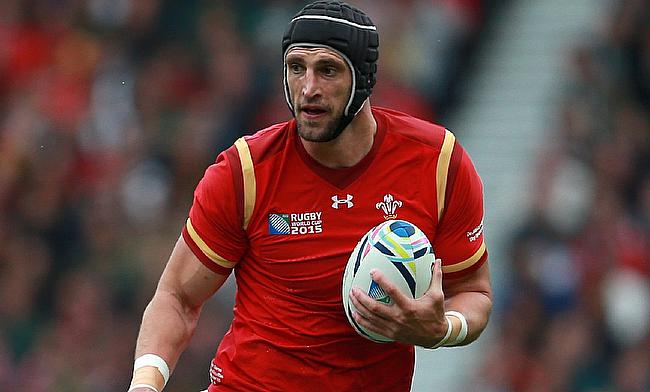 Wales forward Luke Charteris will join Bath from Racing 92 at the end of the season.

The 6ft 9in second-row has 62 international caps and played in all five of Wales' matches at this year's World Cup.

Charteris made more than 140 appearances for Newport Gwent Dragons earlier in his career before joining Perpignan in 2012, Racing in 2014 and now Bath.

"It is such an ambitious club, and that's a great atmosphere to be joining," Charteris said.

"They put a lot of emphasis on player development, making sure that everyone is improving no matter how experienced they are and that is a very exciting environment to be part of.

"There is some incredible talent in the squad and I'm really looking forward to heading over and getting started."

Charteris was also offered a deal by Cardiff Blues but the 32-year-old opted for a return to Bath, where his family have a house and he studied at university.

Bath head coach Mike Ford added: "Luke has been one of Wales' stand-out locks in recent years, and had a very good Rugby World Cup.

"He's a superb athlete at the set-piece and in the loose, has strong leadership qualities and a lot of experience that he can bring to the squad.

"We're delighted to have one of the best locks in the world join us, and he will help us keep improving and move quickly on to that next level."