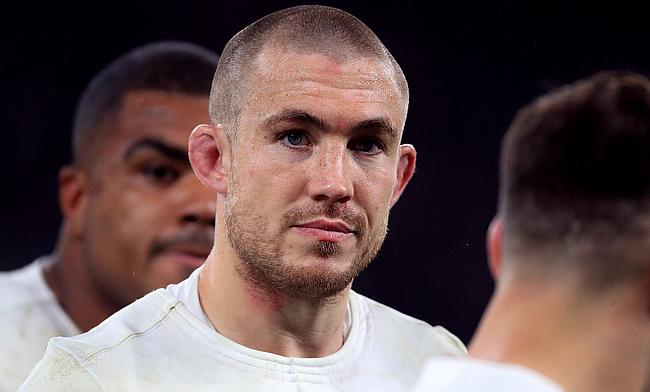 England international Mike Brown revealed that his drive to be the best fullback in the red rose squad brings the best performance out of him.

The 31-year-old is the specialist fullback named in England's Six Nations squad and is guaranteed of a start in the XV in the opening game against France at Twickenham on 4th February.

Even though the likes of Anthony Watson and Elliot Daly are groomed, Brown has been the preferred option for Eddie Jones at number 15 and he will have his task cut out as England set to extend their unbeaten streak from last year.

The Harlequins star insisted that he is always driven by self motivation and a presence of a rival does not necessarily push him to perform.

"For me the competition's in my head. I'm not the kind of player that gets complacent or anything," Brown said.

"I'm massively competitive so it doesn't matter if there are 10 full-backs in camp or just myself. I'm always looking to get better.

"I think that's why coaches like me as a player. I'm a driven person and the competition's in my head. I'll push myself until the day I no longer play.

"That drive is always there. For me it's harder to switch off. Even in off-season I think I'm being lazy if I'm not doing something.

"I guess it can be exhausting, but it goes back to loving what you do and I do love what I do. I wouldn't change the way I am for the world."

England have acquired the services of Dr Sherylle Calder as their visual awareness coach until the 2019 World Cup and Brown admitted he was hugely benefited by the programme.

"There are a variety of different programmes - you have to count how many times a shape changes into another shape, with other shapes also on the screen so it's not easy," Brown said.

"You have to click your space bar as quickly as possible every time a certain shape comes on to the screen to test your reactions.

"You have to remember numbers that flash on to the screen and then write them down. Little things like that.

"It gets progressively harder so we're looking forward to seeing if it transfers on to the field.

"I don't know if there was a pass or fail. They didn't tell us that. But we're doing a lot of eye work at the moment. Hopefully I'll get there.

"There's a leaderboard every week. Alex Lozowski was top last week. Ben Te'o is very much bottom. I enjoy it when he's bottom of the list.

"Te'o hates it, that's the best bit. He doesn't like getting hammered by anyone. It's always good fun when he's at the bottom.