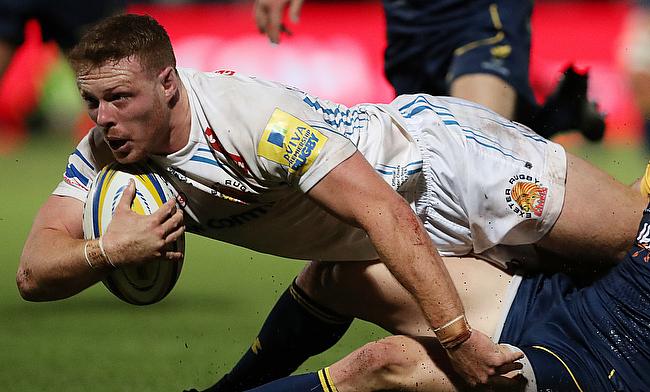 Exeter Chiefs extended their dominance in the Gallagher Premiership as they went on to defeat Leicester Tigers 13-35 in the third round at Welford Road.

This is Exeter's third win from as many games as they consolidated their position at the top while Leicester are at ninth place after losing their second game from three matches.

It took Leicester just two minutes to get their first points on board with Zack Henry kicking a penalty goal but Exeter responded back with Jack Yeandle on his 150th appearances crossed over the line and Joe Simmonds followed with the conversion.

The Tigers finished the first half strong with Henry's penalty goal in the 32nd minute narrowing down the gap to one point and Calum Green dotted down at the back of a line out as the teams headed into the break 13-7 scoreline.

The Chiefs turned down number of kickable penalties but eventually got their breakthrough with James Kirsten crossing the whitewash in the 52nd minute and two minutes later Ian Whitten also followed the suit. Joe Simmonds kicked both the conversion taking the visitors to a 13-21 lead.

Any chance of Leicester coming back into the game was put off with Harry Simmons sin-binned in the 60th minute. Even though, Exeter did not make use of the numerical advantage, they scored back to back tries from Sam Simmonds and Ollie Devoto in the final 10 minutes to complete the bonus point victory.