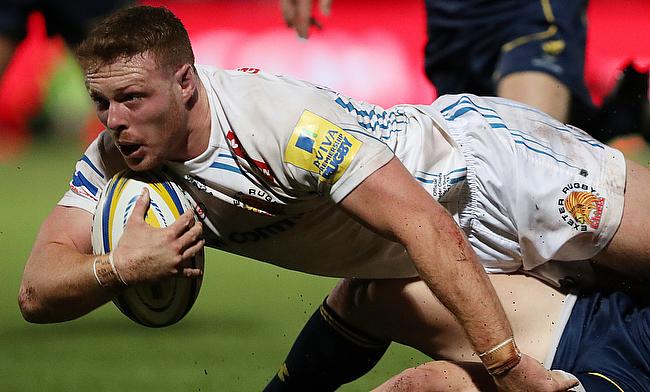 Exeter Chiefs extended their domination in the Gallagher Premiership as they trounced Bath Rugby 40-3 in the second round at Sandy Park.

This is Exeter's second consecutive win in as many games as they hold the top place in the table with Bath at last after losing both their matches.

Rob Baxter's men got off to a promising start as Sam Simmonds went over the line in the 11th minute and his brother Joe followed with the conversion but a penalty kick from Rhys Priestland was Bath's response four minutes later but that remained their only points in the game.

As Exeter continued to force lineout, Sam with his second try in the game and fifth in the season from two matches increased their lead further at the half-hour mark and few minutes later, Joe's kick was gathered by Tom O'Flaherty to score a spectacular try in the 32nd minute. Joe kicked both the conversions as Exeter finished the opening half with a 21-3 lead.

Bath's problems compounded in the start of the final quarter with Josh McNally sin-binned and to make things worse a penalty try was awarded to Exeter making it 28-3. There was no looking back for Exeter as further tries from Sam Hidalgo-Clyne and Ian Whitten ensured the defending champions completed a 37-point victory.