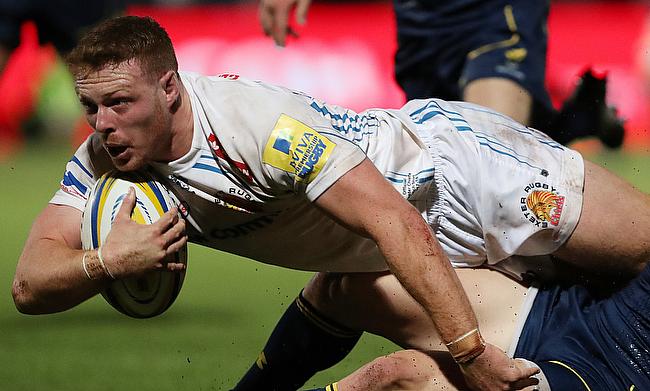 Defending champions Exeter Chiefs kick-started the 2020/21 season of the Gallagher Premiership with a convincing 3-33 bonus point victory at Twickenham Stoop on Friday.

Sam Simmonds was the star for the Chiefs as he scored a hat-trick while Dave Ewers and Stu Townsend also scored a try apiece.

Marcus Smith started the proceedings with a 14th minute penalty goal but Harlequins had an early injury setback with Matt Symons leaving the field with a leg injury and was replaced by Glen Young.

The Chiefs' response came in the 22nd minute Sam breached the defence of the Quins to score his opening try in the 22nd minute that his brother Joe Simmonds kicked the conversion as the teams finished the opening half with a 3-7 scoreline.

Rob Baxter's men maintained the pressure and it was Ewers who helped them extend the lead at the start of the second half when he dived over the line at the back of a line out to make it 3-12.

The Chiefs had trouble with injuries with the Facundo Cordero also leaving the field in the 52nd minute but with the Quins failing to add any more point, the visitors had hold of the game. As the final 10 minutes kicked-off, Simmonds scored his second at the back in the 72nd minute and three minutes later he went on to complete his hat-trick.

As the end time was nearing, Townsend completed his fifth try and Joe kicked all the three conversions as Rob Baxter's men completed a 30-point victory.