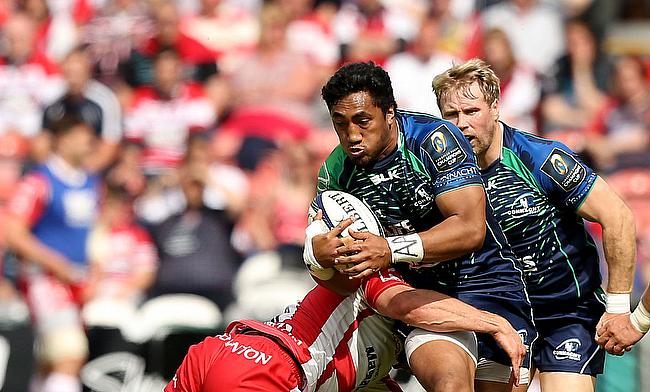 Bundee Aki scored two tries in the second half as Connacht edged out Glasgow Warriors 28-24 in the opening round of the Pro14 encounter at The Sportsground.

The game saw 200 fans witnessing the game from the stadium and it was Jack Carty, who started the proceedings with a second minute penalty goal but the fly-half missed another three-pointer shortly.

The home side were reduced to 14-men at the end of the first quarter as lock Quinn Roux was yellow-carded for no-arms tackle but the Irish side did well not to concede a point in the next 10 minutes.

However, Glasgow managed to get their first points on the board at the stroke of half-time with Nick Grigg touching down and Adam Hastings kicked the conversion as the teams finished the opening half with a 3-7 scoreline.

Hastings with a penalty early in the second half increased the visitors' lead but the Irish side bounced back after Tom Farrell set up Aki over the line in the 51st minute and Carty improved it to level the scores 10-10.

The scores continued to remain level at the end of the third quarter after Quinn Roux and Huw Jones traded tries before Carty with a 65th minute penalty provided Munster a three-point lead that became eight points after Aki's touchdown in the 66th minute.

The gap between the two teams came down to one point after Grigg allowed Tommy Seymour to dot down in the 70th minute and Hastings followed with the conversion but Connacht held their nerve with Carty's third penalty kick in the 77th minute ensured a thrilling four-point win.