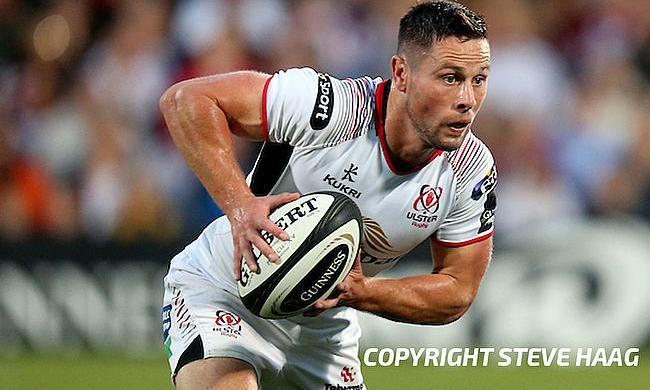 Ulster finished their Pro14 season on a high as they trounced Zebre 49-3 in the final round at Kingspan Stadium on Friday.

This was 14th win for Ulster in 16 games but they had to settle for second place in Conference A with Leinster sealing the top place while Zebre suffered their 12th defeat in 16 matches that saw them finish at the bottom.

Zebre suffered a setback early in the game with Massimo Ceciliani replaced in the third minute and it was Ulster, who struck the first blow as John Andrew scored his seventh try of the season coming at the back of a line out maul with John Cooney kicking the conversion to make the scoreline 7-0.

The response from Zebre came back immediately with Paolo Pescetto kicking a penalty goal that reduced the arrears to four points but unfortunately for them they could not add any more for the remainder of the game with the Irish side dominating the encounter.

The 35th minute saw Zebre was red-carded by referee Andrew Brace after striking with an elbow onto Cooney’s face which led to uncontested scrums and the Italians reduced to 13 men.

The home side immediately capitalised on the numerical advantage with Michael Lowry dotting down at the stroke of half time after Baloucoune and centres Stewart Moore and James Hume were involved in the build up. Cooney kicked the conversion as Ulster completed the opening half with a 14-3 lead.

The bonus point for Ulster came early in the second half with Baloucoune and Jordi Murphy diving from close range in the 43rd and 45th minutes respectively and Cooney improved on both the occasions making the scoreline 28-3.

As the final quarter started, Ulster claimed their fifth try and a second for Murphy as he went over at the back of a line out and Lowry kicked the conversion and in the 67th minute it was Rob Lyttle, who made most of the crosskick from Lowry to go over making it 42-3.

Replacement Bradley Roberts capped off a fantastic game for Ulster with the final try coming in the 80th minute as Ulster completed a dominating 49-3 win.