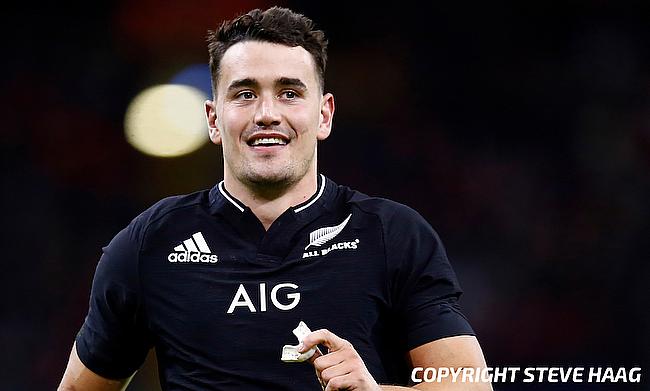 Will Jordan scored a hat-trick for Crusaders
©Steve Haag

Leicester Faingaanuku and Will Jordan scored hat-tricks as Crusaders trounced Western Force 53-15 in the latest round of the Super Rugby Pacific at HBF Park.

This is seventh win for Crusaders in 11 games as they break into the top four while Western Force are at 10th position.

The Force also suffered a late blow after in-form winger Manasa Mataele and former All Black Richard Kahui were ruled out due to the head injury assessment protocols.

Jake Strachan started the proceedings for Western Force with a sixth minute penalty goal but Faingaanuku dived from close range in the 12th minute for the opening try. A perfectly weighed kick from Kyle Godwin allowed Strachan to dot down for the hosts in the 16th minute but Faingaanuku touched down in the corner while he was being pushed into touch by Godwin making it 8-13.

With the break approaching, Faingaanuku went on to complete a hat-trick as they visitors completed the opening half with a lead of 10 points.

Force flanker Fergus Lee-Warner touched down early in the second half to reduce the deficit down to three points but Pablo Matera responded back for Crusaders when he crossed the whitewash in the 46th minute.

Any chance of a Force comeback was put off with Jordan completing a hat-trick between 50th and 71st minutes before George Bell also went over the line in the added minutes to complete a convincing win for the New Zealand side.

"They're a classy outfit. If you want to compete against them, you have to have an 80-minute performance," said Force stand-in captain Kyle Godwin said.

"We weren't too bad in the first half. But we rested on our laurels there and got punched in the second half.

"It's disappointing. It's back to the drawing board again."