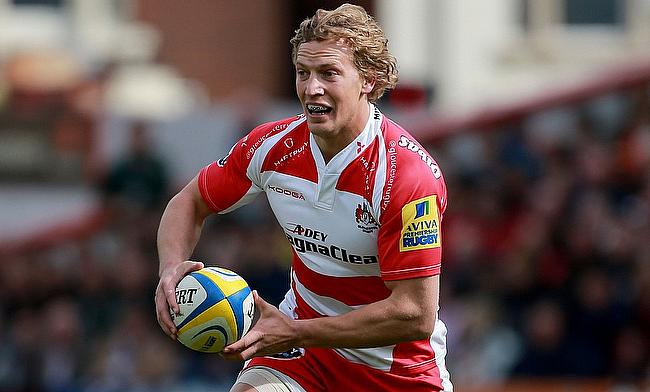 Louis Rees-Zammit starred with a double as Gloucester Rugby went on to complete a 31-7 win over Northampton Saints in the 18th round of the Gallagher Premiership at Franklin's Gardens.

This is sixth win for the Cherry and Whites in 18 games as they move to the 10th place in the table while Northampton are at fifth place.

Billy Twelvetrees got the proceedings for the Cherry and Whites with a 40m penalty kick in the fourth minute and 11 minutes later they got their opening try with Mark Atkinson providing a perfect offload for Rees-Zammit to touchdown. Twelvetrees got the conversion right as the visitors had a 0-10 lead in the opening half.

Gloucester were the quickest to get off the block in the second half as a cross-field kick from George Furbank missed Matt Proctor and found Jordy Reid and eventually Ed Slater went over the line in the 47th minute. Twelvetrees missed the conversion but made amends with a penalty goal in the 53rd minute making it 0-18.

Gloucester looked in total control as they claimed their third try through Jack Singleton that came at the back of a rolling maul and the bonus point came in the 62nd minute with Rees-Zammit completing his second after chasing a box kick from Willi Heinz to make the scoreline 0-28.

The 62nd minute saw both the teams reduced to 14-men temporarily with Santiago Carreras and Piers Francis yellow carded for involving in a scuffle following the try from Rees-Zammit. Three minutes later Gloucester also lost replacement Tom Seabrook, who was sin-binned after a deliberate knock on.

With the numerical advantage on their side, Henry Taylor with a 71st minute try got the first points for Northampton but a last minute penalty goal from Twelvetrees ensured Gloucester completed a comfortable 7-31 win.