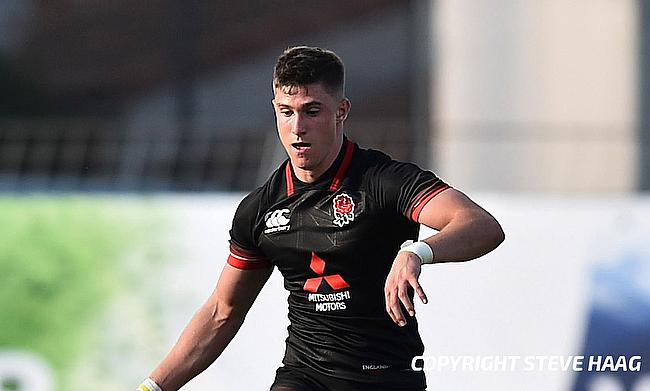 James Grayson kicked the decisive penalty goal in the closing stage as Northampton Saints edged out Harlequins 32-31 at cinch Stadium at Franklin's Gardens on Friday.

The result meant Northampton have strengthened their play-off hopes as they are at fourth place with 68 points - six more than fifth placed Exeter Chiefs while Harlequins are at third with 74 points.

The Saints made a promising start to the game as Grayson created the space for Lewis Ludlam, who sent Tommy Freeman over the line in the fourth minute. Grayson also followed with the conversion but Northampton lost Juarno Augustus to an ankle injury in the 6th minute.

The Quins responded back shortly as Danny Care and then Marcus Smith combined to send Andre Esterhuizen over with the England fly-half also kicking the extras to level the scores. With Conor Carey also adding to Northampton's injury woes but they soon doubled their tally with Lewis Ludlam going past Stephan Lewies to touchdown in the 10th minute.

A penalty kick from Smith in the 16th minute helped Harlequins reduce the arrears to four points but Northampton continued to press forward with this time George Furbank diving from close range in the 25th minute. As the break was approaching, Huw Jones and Alex Waller exchanged tries as the teams went into the break with a 26-17 scoreline.

Harlequins dominated the start of the second half as Alex Dombrandt then burst over from short range following an effective rolling maul in the 44th minute and Cadan Murley followed the suit with a dive in the corner in the 51st minute. Smith kicked both the conversions as the visitors broke into the lead of 26-31.

Grayson helped Northampton reduce the gap with a penalty goal in the 58th minute after Jones made an infringement taking the scoreline to 29-31. The 58th minute saw the Quins reduced to 14 players temporarily with Santiago Garcia Botta sin-binned for a dangerous tackle on Furbank but they did well not to concede a point in the 10 minutes.

As the game entered the final few minutes, Luke Wallace was penalised just inside his own half allowing Grayson an opportunity to land the decisive penalty goal that sealed the game for Northampton.