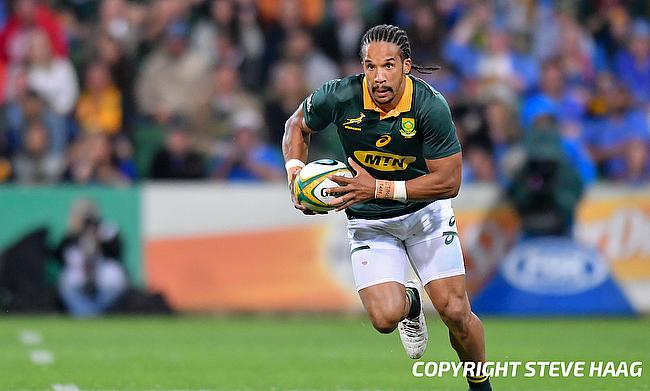 Northampton Saints have kept their hope of play-off alive as they edged out Wasps 27-22 in the latest round of the Gallagher Premiership at Stadium at Franklin's Gardens.

The Saints had a slender 12-10 lead in the opening half but tries from Alex Waller and Courtnall Skosan ensured they went past Wasps to secure their ninth win as they climbed to the eighth place in the table. Wasps are at ninth following the defeat with 44 points.

Wasps were the first to open their account in the fourth minute when Dan Robson and Tim Cardell combined to send Jacob Umaga over the line and Jimmy Gopperth kicked a conversion and a penalty apiece to make it 0-10.

The Saints, who entered the game following four consecutive defeats opened their account in the 13th minute as Alex Mitchell, who pounced on a loose ball to dot down.

James Grayson missed out on the conversion but made amends in the 26th minute as the ball was worked wide for the Northampton fly-half, who scored a converted try as the teams went into the break with a 12-10 scoreline.

The Saints extended the momentum into the second half as Alex Waller, who broke the Premiership appearances record for a prop on his 231st game dived from close range and Grayson's conversion meant the scoreline became 19-10.

Wasps had closed the gap following good work from Will Porter, who set up Paolo Odogwu as the difference between the teams came down to four points before Grayson's penalty kick in the 68th minute made it 22-15.

The final 10 minutes saw Courtnall Skosan with his terrific try that was awarded following a lengthy consultation with TMO to seal the bonus point for the Saints before Umaga allowed Porter to dot down for the visitors but eventually they fell short by five points.