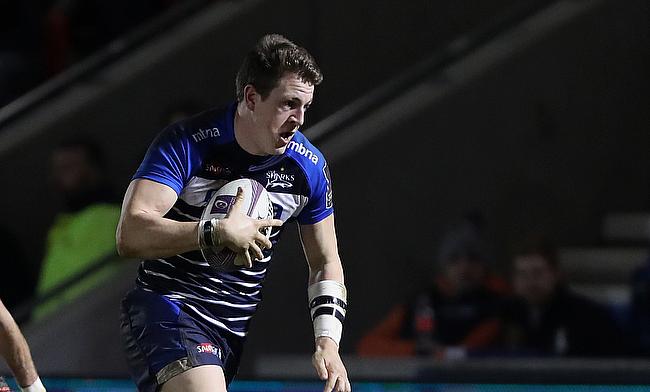 George Furbank missed a penalty in the final minute as Northampton Saints were edged out by Sale Sharks with a one-point margin in the latest round of the Gallagher Premiership at cinch Stadium at Franklin's Gardens.

The result meant Sale maintained their impressive form this year as they climbed to the sixth place in the table while Northampton have slipped to the eighth place.

Sale had an initial break through in the third minute as they were awarded a scrum penalty which AJ MacGinty kicked to perfection. A minute later Arron Reed challenged Rory Hutchinson under a high ball and dived in the left corner with the fly-half kicking the conversion to perfection extending their lead to 0-10.

The response from the Saints came in the 6th minute as Juarno Augustus touched down in the corner at the back of a line out and Furbank kicked the extras to make it 7-10. The momentum once again swung towards the visitors as they set up an attacking scrum five metres from the line and eventually Sam James went over the line.

The home side reduced the arrears to just one point before the break as Alex Coles, who replaced Teimana Harrison showed impact after Augustus won a penalty on halfway and Furbank kicked to the corner. Furbank kicked the conversion as the scoreline became 14-15 at the end of the opening half.

The Saints extended their momentum into the second half as Courtnall Skosan set up Alex Mitchell over the line and Furbank got the extras right to take them into a lead of 21-15 but it was short lived as James made a perfect pass for Rohan Janse van Rensburg to score. MacGinty kicked the conversion as Sale had a one point lead heading into the final quarter.

Saints set up one last chance with the clock in the red as they won a breakdown penalty out wide but Furbank could not convert for them as it drifted wide allowing Sale to secure their eighth victory.