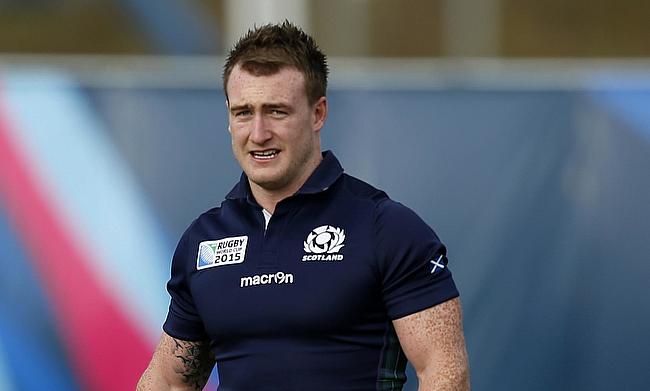 Stuart Hogg was one of the try-scorer for Scotland
©PA

Scotland managed to return back to winning ways as they went on to defeat Italy 33-22 in the fourth round Six Nations clash at Stadio Olimpico on Saturday.

This is second win for Scotland in four games as they are at fourth position in the table with 10 points and will face Ireland in the final round on 19th March at Aviva Stadium. Meanwhile, Italy now have lost 36 consecutive games in Six Nations and are languishing at the bottom of the table.

A Scotland infringement at lineout provided Italy an opportunity to open their account and Paolo Garbisi kicked the penalty in the 4th minute to start the proceedings. The response from Scotland came in the 18th minute as Ali Price took them into deep 22 before Darcy Graham sent an offload for Sam Johnson to dot down.

Finn Russell missed out on the conversion but made amends in their second try that came in the 22nd minute when Price intercepted a pass from Callum Braley and sent a pass to Kyle Steyn, who kicked deep into Italy's 22 and eventually Chris Harris burrowed over making it 3-12.

Italy fought their way back when Braley touched down in the 30th minute following good work from Pierre Bruno before Harris completed his second after he was released by Russell and Hogg combined as the Dark Blues completed the opening half with a 10-19 lead.

Gregor Townsend's men looked attacking from the outset in the second half as Price was once again instrumental as he sent an offload to Russell, who immediately sent an inside pass for Graham as he crossed over for the bonus point. Russell kicked the conversion to perfection taking the lead to 10-26.

The start of the final quarter saw Scotland score their fifth try in the game as Hogg collected a precise offload from Price from midfield to the left flank before coasting over for a score. Russell's conversion meant Scotland's lead increased to 23 points.

The final 15 minutes saw Ange Capuozzo score twice for Italy but that did not stop their losing streak in the competition as Scotland registered a 11-point win.