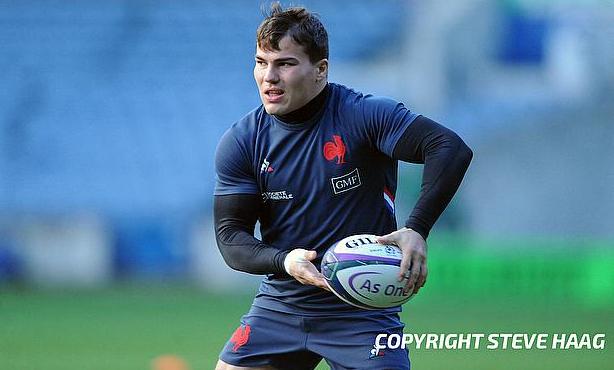 France have kept their hope of winning the Grand Slam in the ongoing Six Nations tournament intact as they defeated Wales 9-13 in the fourth round at Principality Stadium on Friday.

This is fourth win for France in as many games as they have consolidated their position at the top with 18 points. They will be facing England in the final round while Wales are at fourth after losing three out of their four matches in the competition.

The game which was played with 63,208 also saw the first time since 2017with the Principality Stadium roof open.

Melvyn Jaminet started the proceedings for the Les Bleus with an early third minute penalty goal after Josh Navidi was penalised at the breakdown.

The scores were levelled two minutes later with this time Dan Biggar slotting a three-pointer after the visitors were found guilty for an obstruction. In an eventual first 10 minutes, the only try of the game came after Gael Fickou made a swift pass and combined with Jaminet to set up Anthony Jelonch over the line. Jaminet was also spot on with the conversion as the scoreline became 3-10.

A minute later Wales suffered another concussion related trouble as Tomos Williams was forced to leave the field after failing a Head Injury Assessment before France infringed under the pressure in front of their own posts as Biggar kicked his second penalty goal in the 17th minute to make it 6-10.

As both the teams coughed up few opportunities, most of the second quarter remained scoreless until Paul Willemse was penalised for not rolling away and Biggar slotted a three-pointer to ensure the teams were separated by just one point at the end of the opening half.

France were quick to get off the block in the second half as Adam Beard strayed offside allowing Jaminet to kick his second penalty goal in the 47th minute and even though Wales looked threatening as they set a line out on the France 5m line but the visitors managed to thwart the attack to maintain their lead.

In an another instance Biggar's crossfield kick failed to find Josh Adams and few minutes later the Welsh skipper once again launched an attack with Taulupe Faletau and Jonathan Davies speeding across but the latter failed to hold on to the ball.

Jaminet missed a penalty chance in the closing stage but it did not cause them at the end as France went on to hold to their four point lead as they now look to win the Grand Slam for the first time since 2010.